I really wanted Hasbro to release some villains in this line of  lesser articulated Marvel figures.So when I saw this figure hanging on the pegs the other day at my local Family Dollar,I felt as If my toy wish had been granted!I'm not sure whats In store for the rest of the line but I hope a Dr.Doom figure Is In the works. I've made It a point to snatch these figures up whenever I have the chance to because they're just that cool IMO.Even without the hyper-articulation,Hasbro has put out a decent  and affordable product that should be available to the majority of us toy collectors who refuse to drive for miles and miles to buy some exclusive action figure that  won't even be on the pegs when you finally do get to your closest TRU ,45 minutes later.Now ,my good friend and founder of the Toy Swamp https://plus.google.com/u/0/communities/111283318017497985612 Brother Midnight  just checked out his local Family Dollar and  found a row of empty pegs,but I'll keep my eyes peeled to see If they release these bad boys anywhere else.I'm thinking Big Lots and Dollar General(who know owns Family Dollar) should have these in stock sooner or later.Now on to the figure... 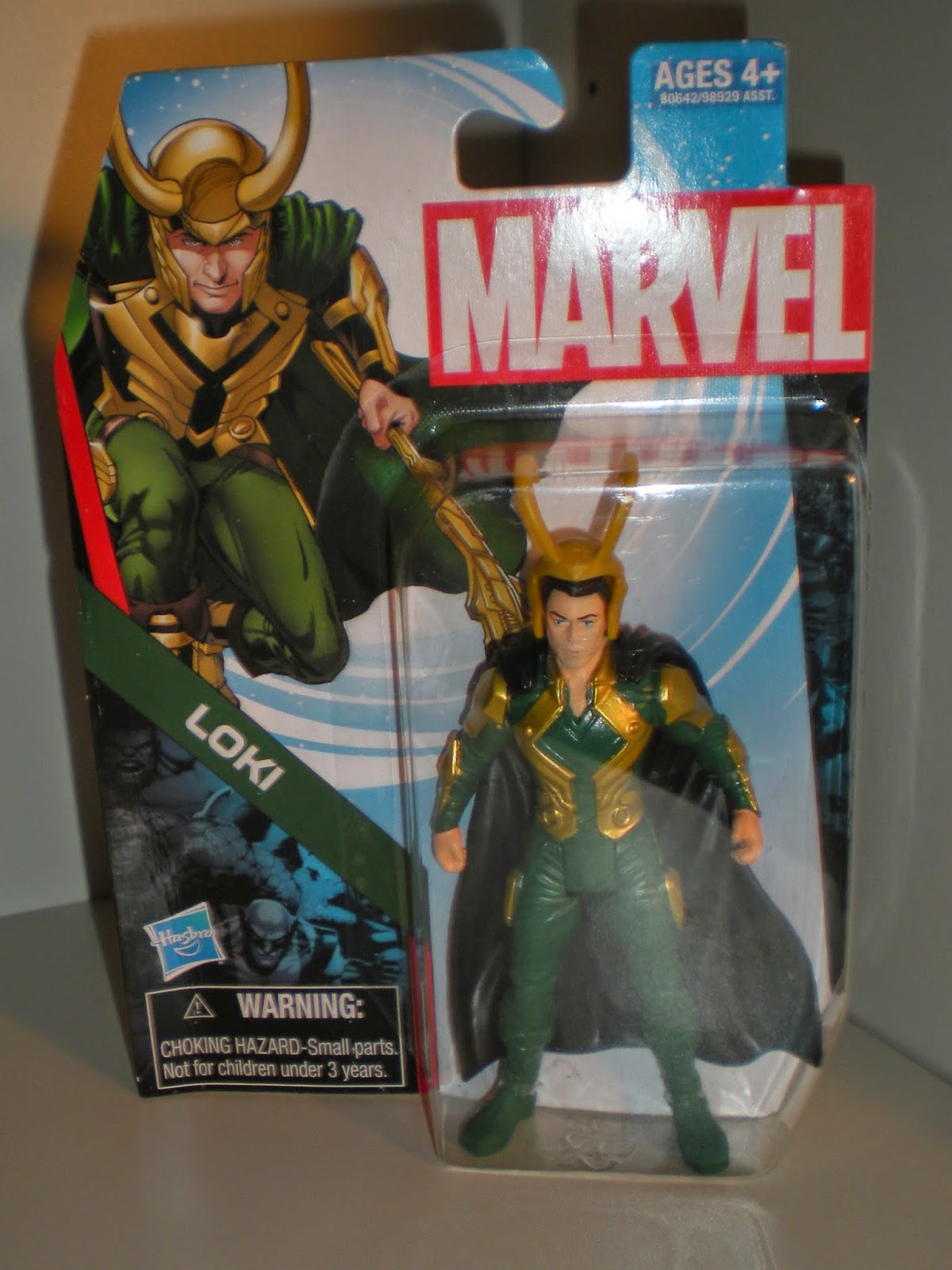 Right off the bat,just by looking at the figure inside the packaging you'll notice that his helmet seems to be removable.This Is confirmed once out of the packaging.Thank god because I would have been more than ticked had his helmet been permanently attached to the head sculpt with his hairline partially showing.The paint on this one Is all right,but you gotta be careful when buying these online as some of them do have minor paint issues.I was able to inspect mine in hand before purchasing,but being that this was the last one on the pegs,I probably would have picked It up anyways, bad paint and all. 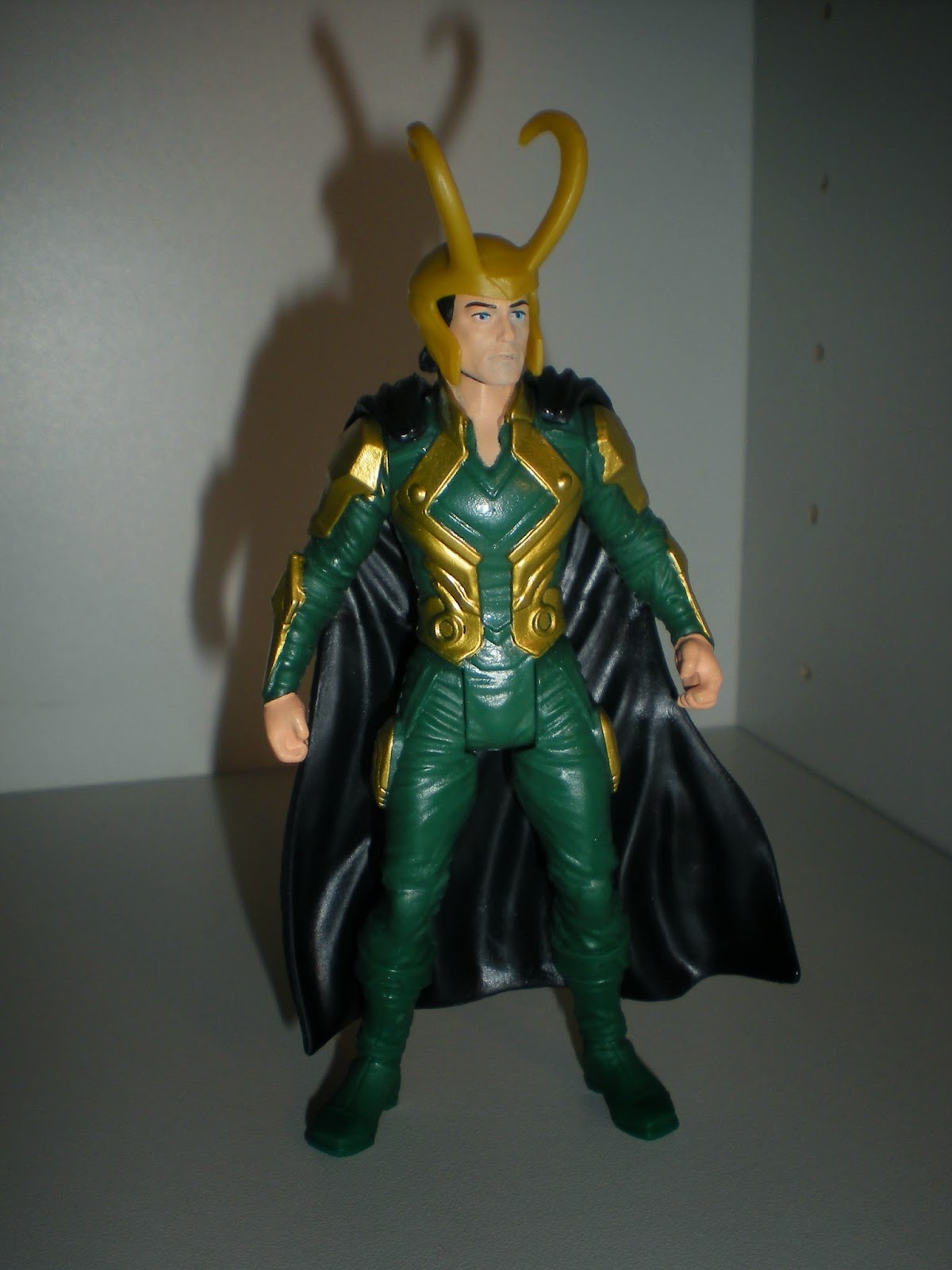 This Loki Is definitely based on Tom Hiddleston,the actor who plays Loki In the Avengers live action film.This becomes  apparent upon  removing of his helmet.I will say that for a villain,his facial demeanor could have been a little more menacing. 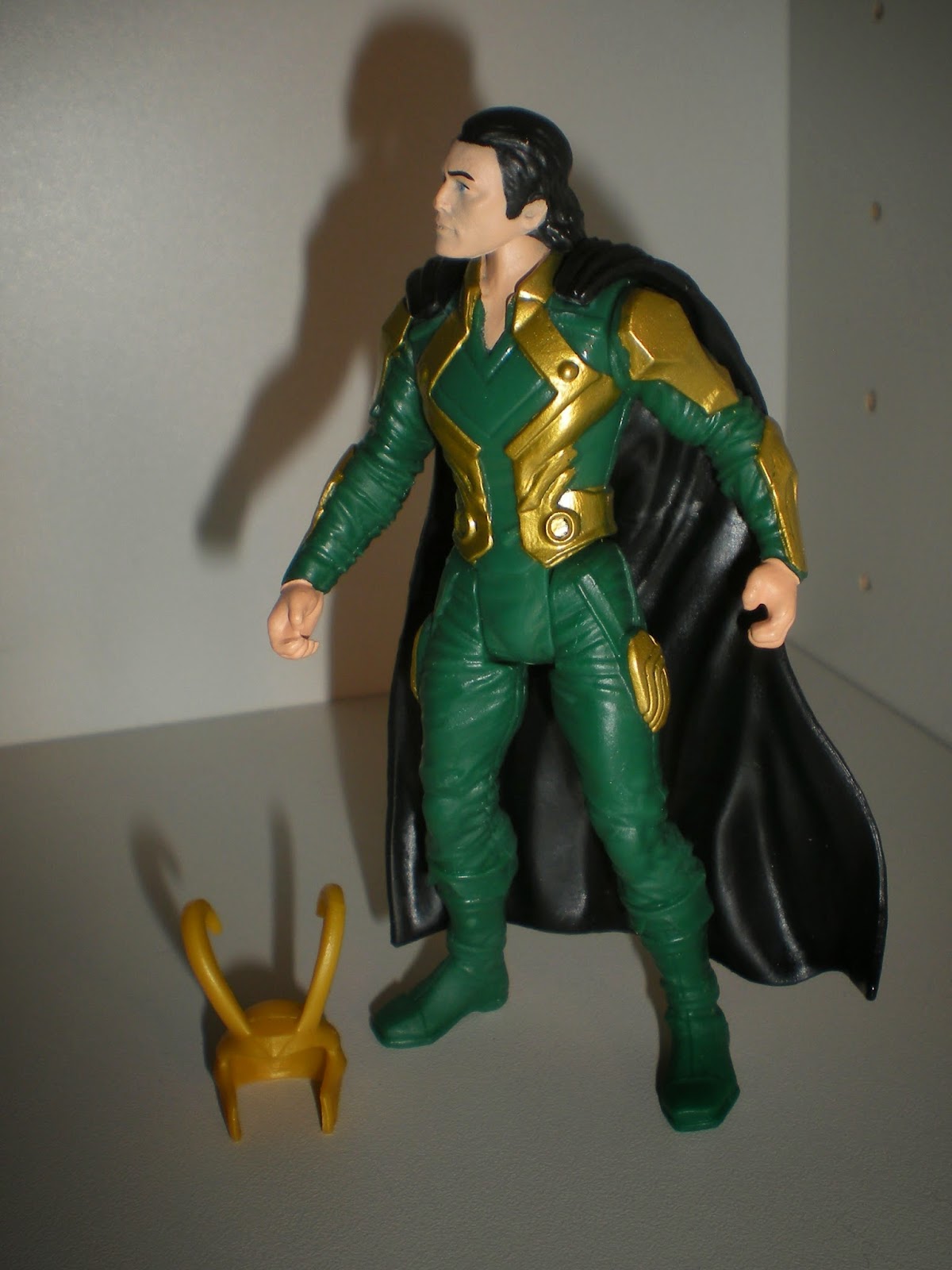 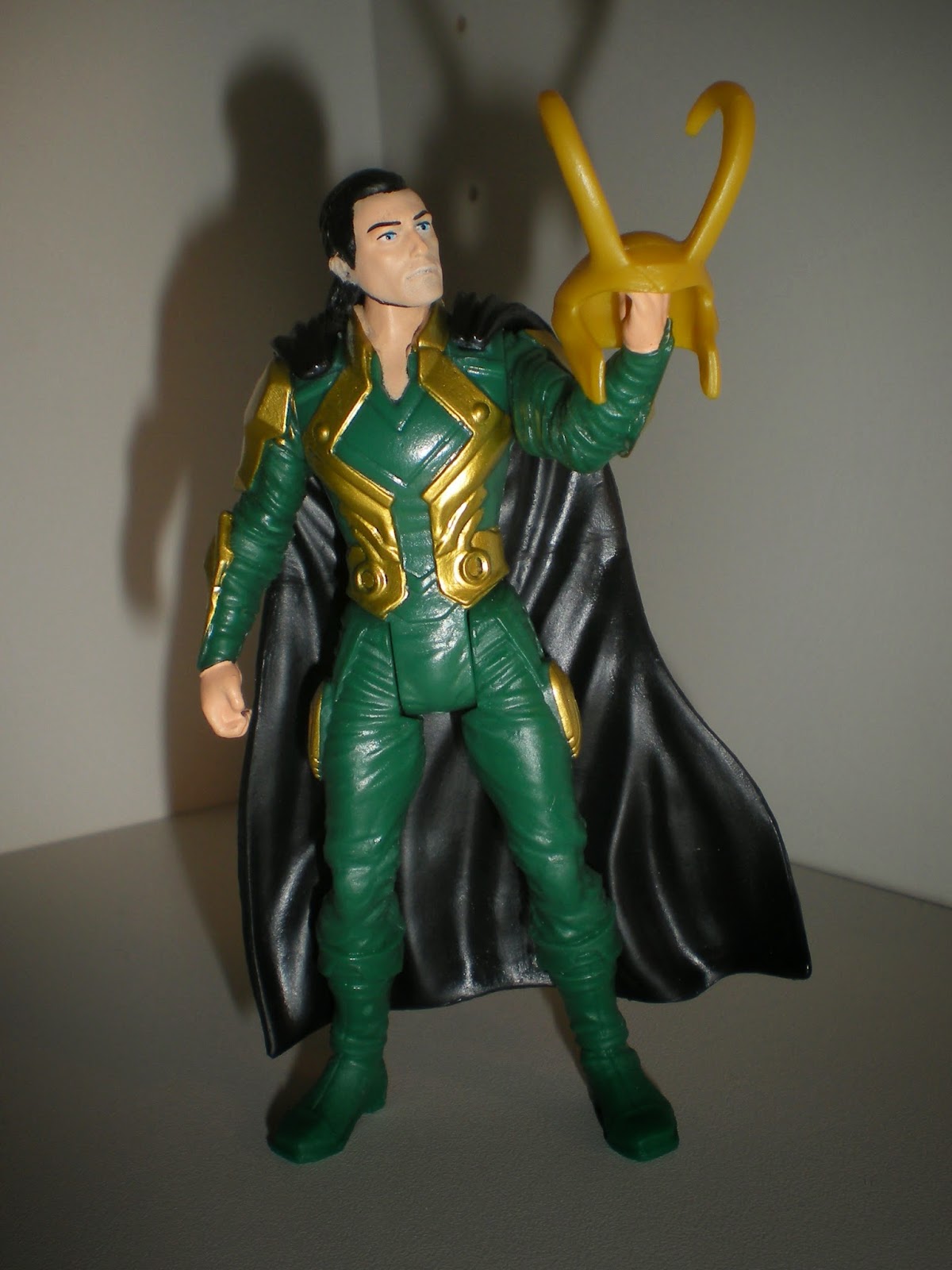 The sculpt for this version of Loki Is awesome and while his hands aren't really molded to hold much,the left arm Is partially bent to give him the ability to hold up his helmet or cast a crippling spell! 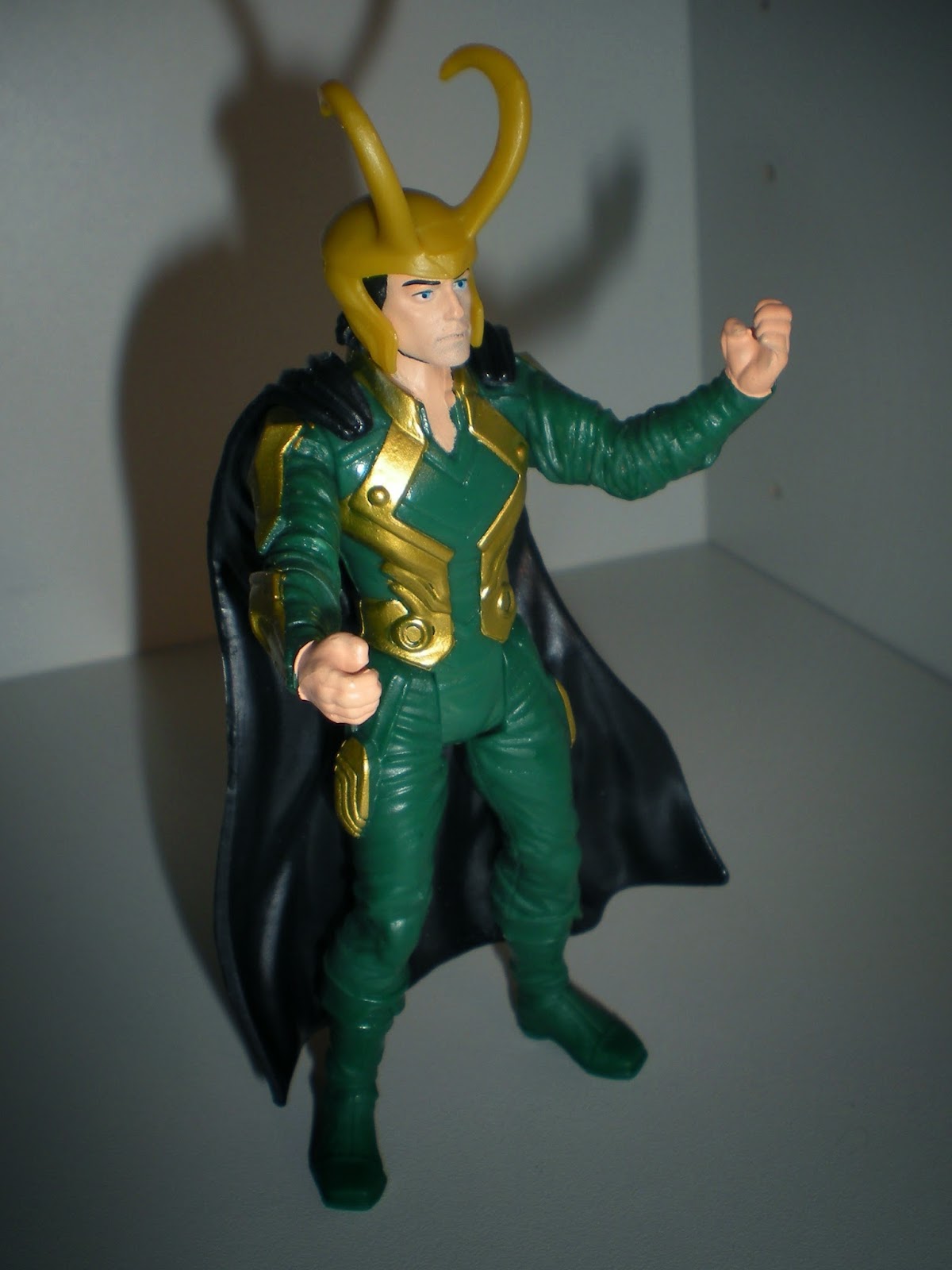 The cape Is molded out of a hard plastic,similar to Thor's from the same line,and really looks great.You would think that these caped  figures would have balance issues but on the contrary,these fockers stand pretty damn sturdy.We're not dealing with cheap plastic here either guys,these figures are solid! Marvel Universe plastic Is somewhat  soft in comparison. 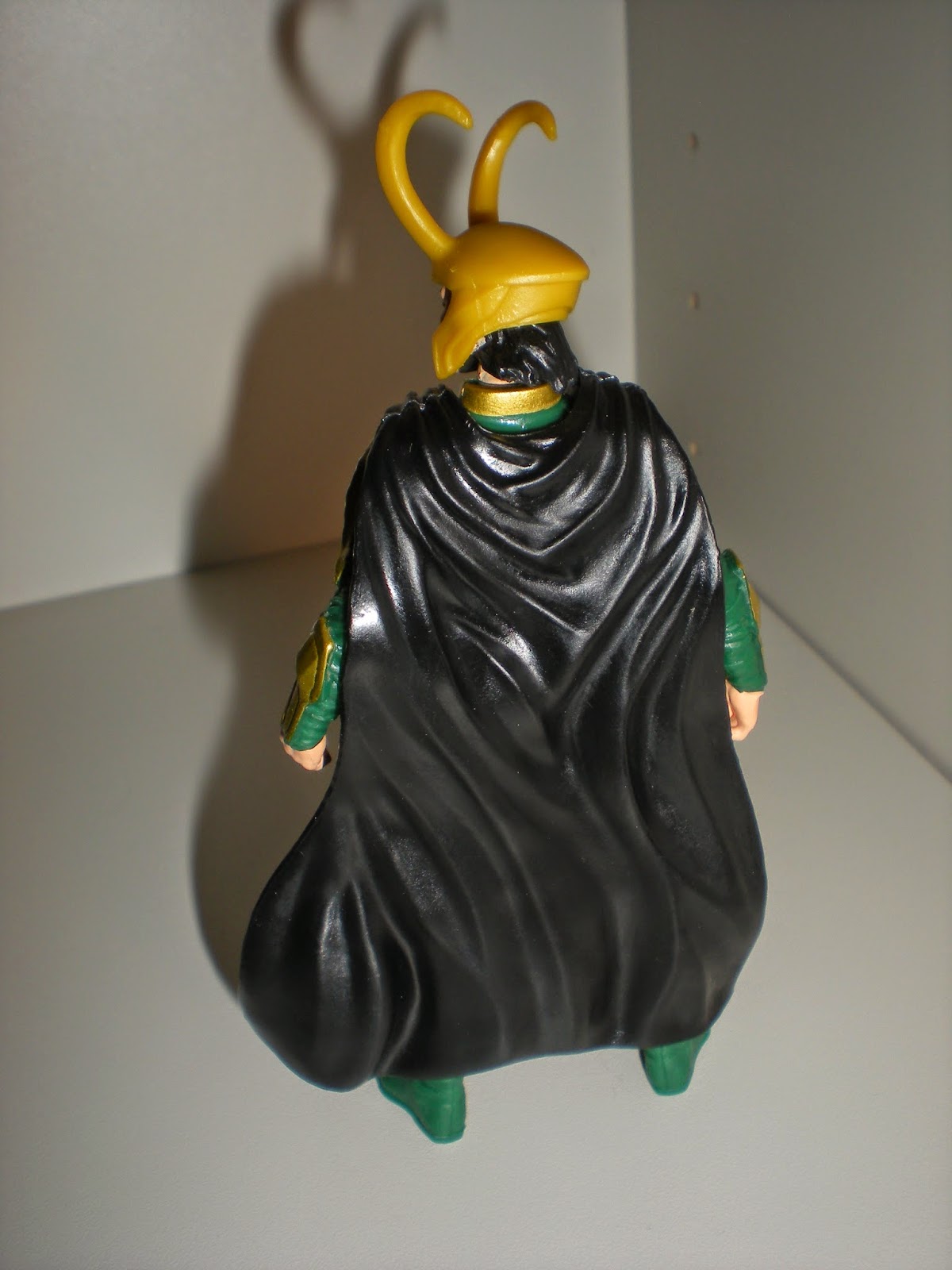 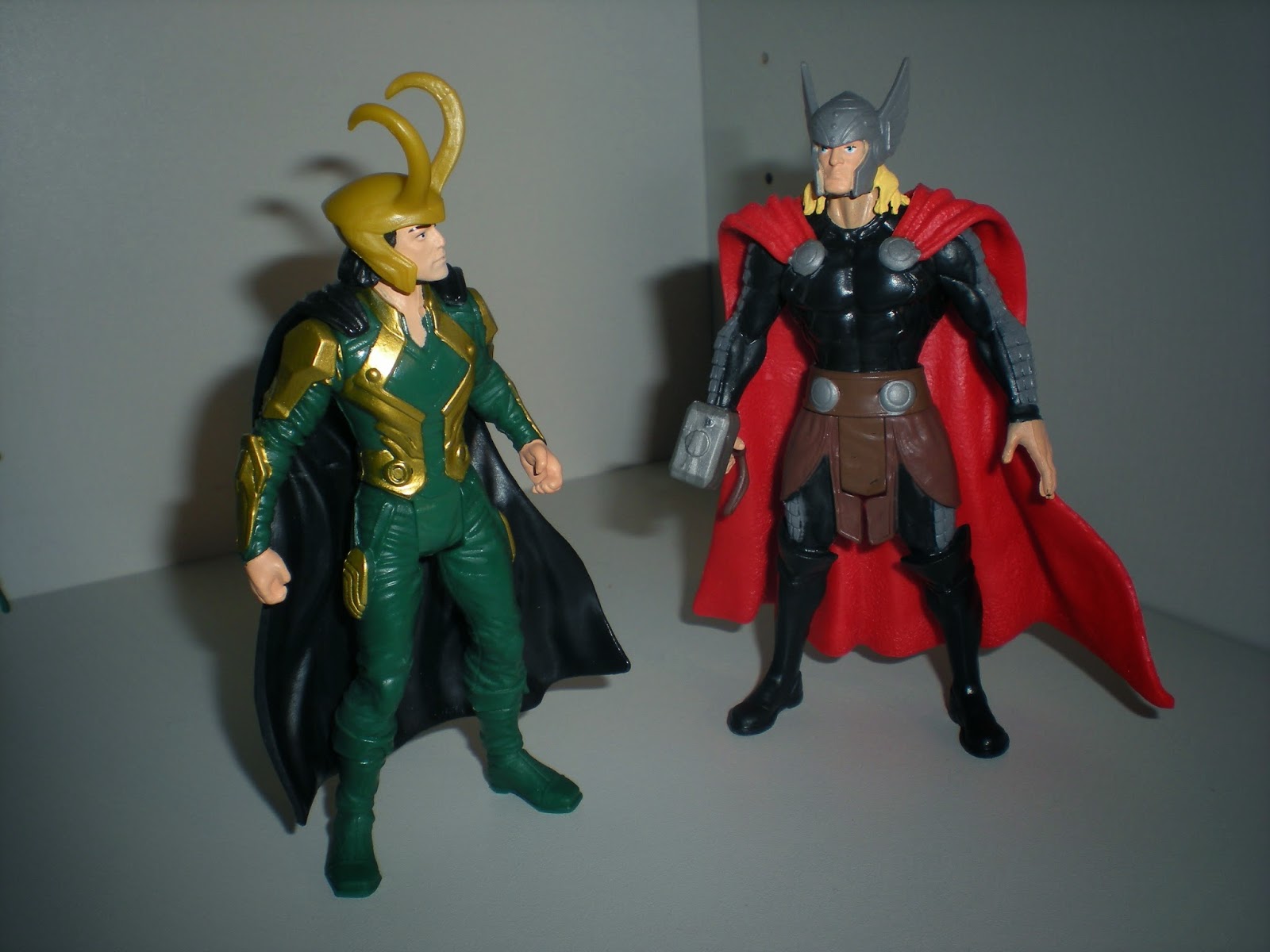 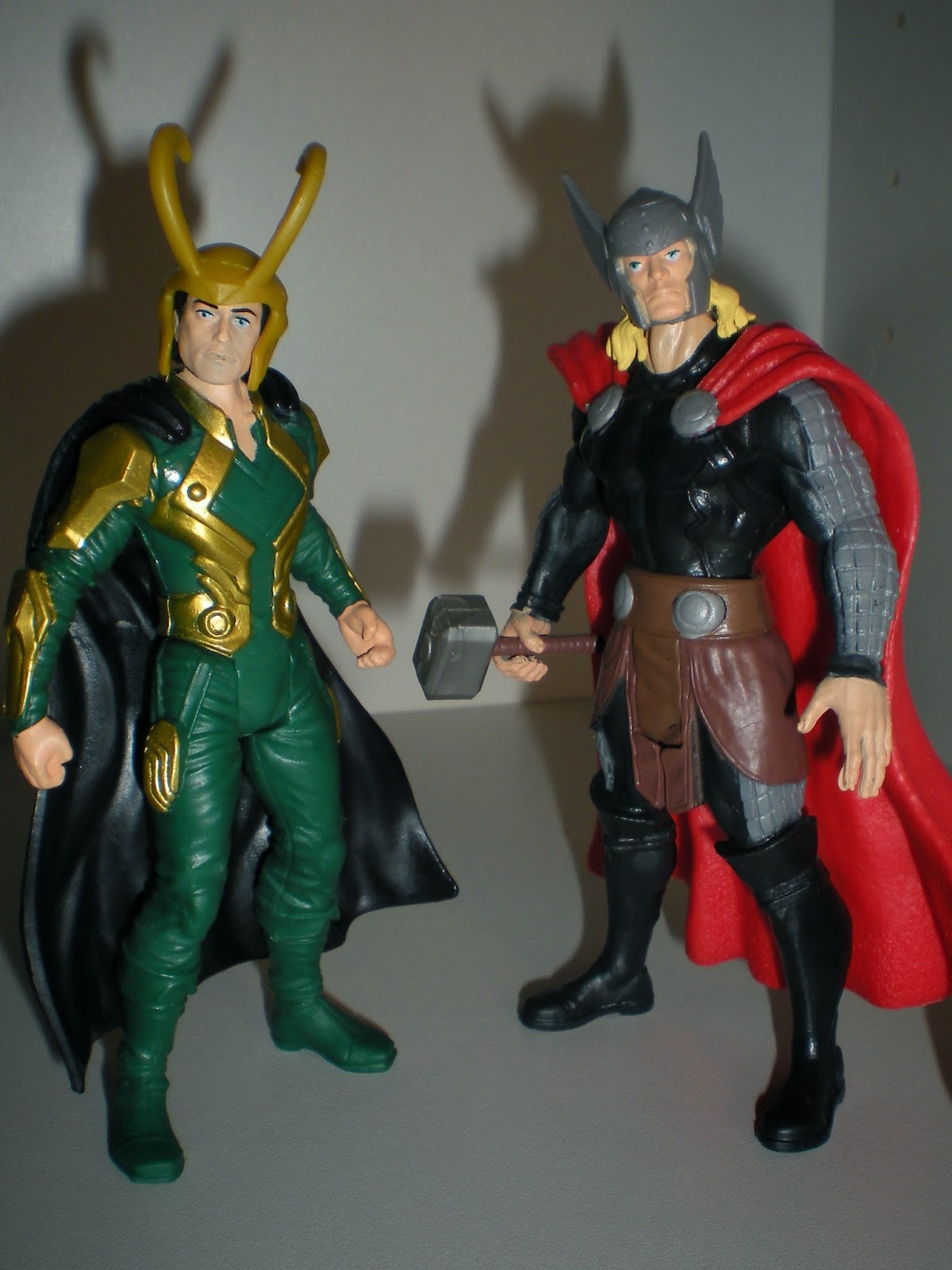 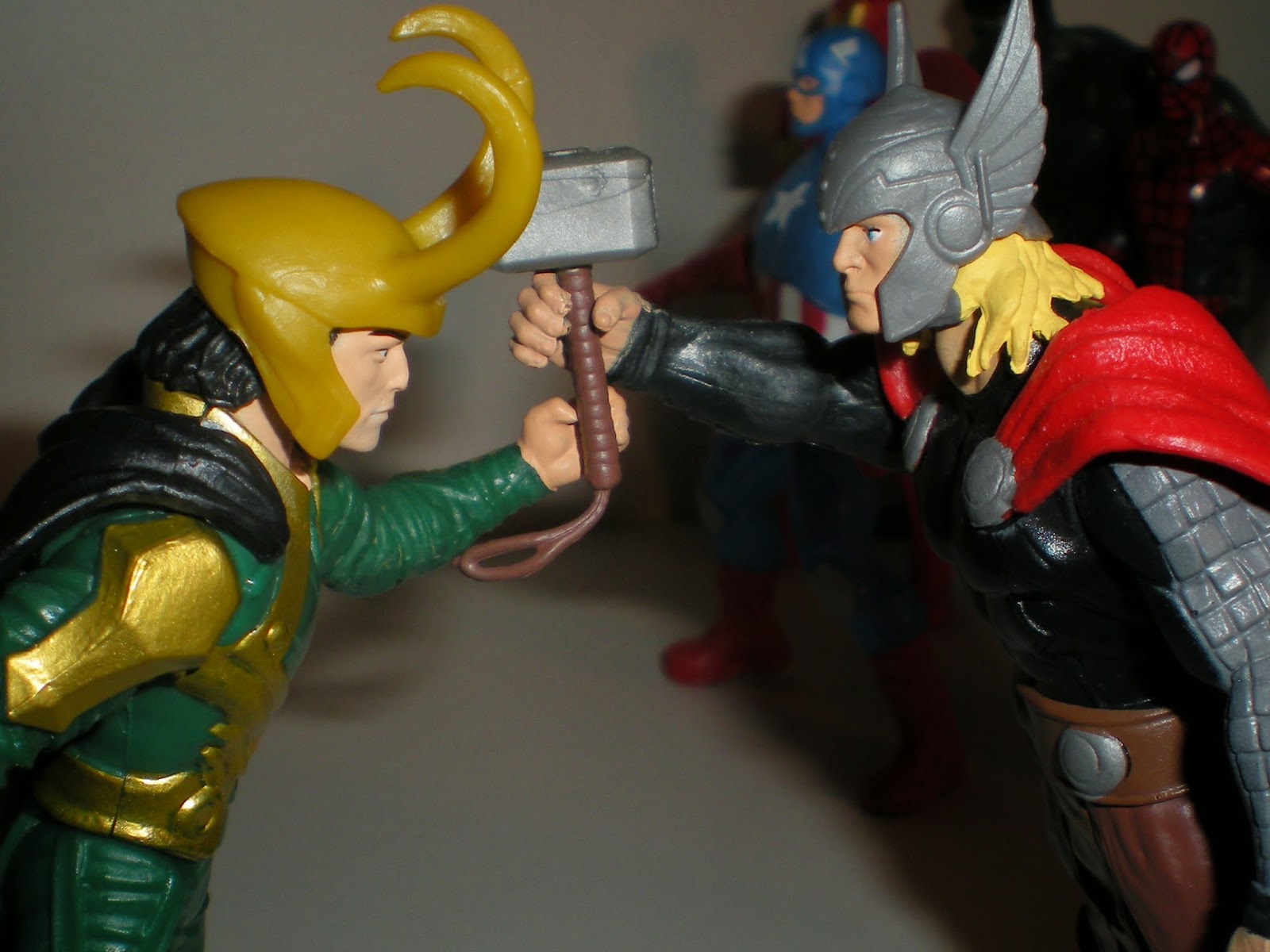 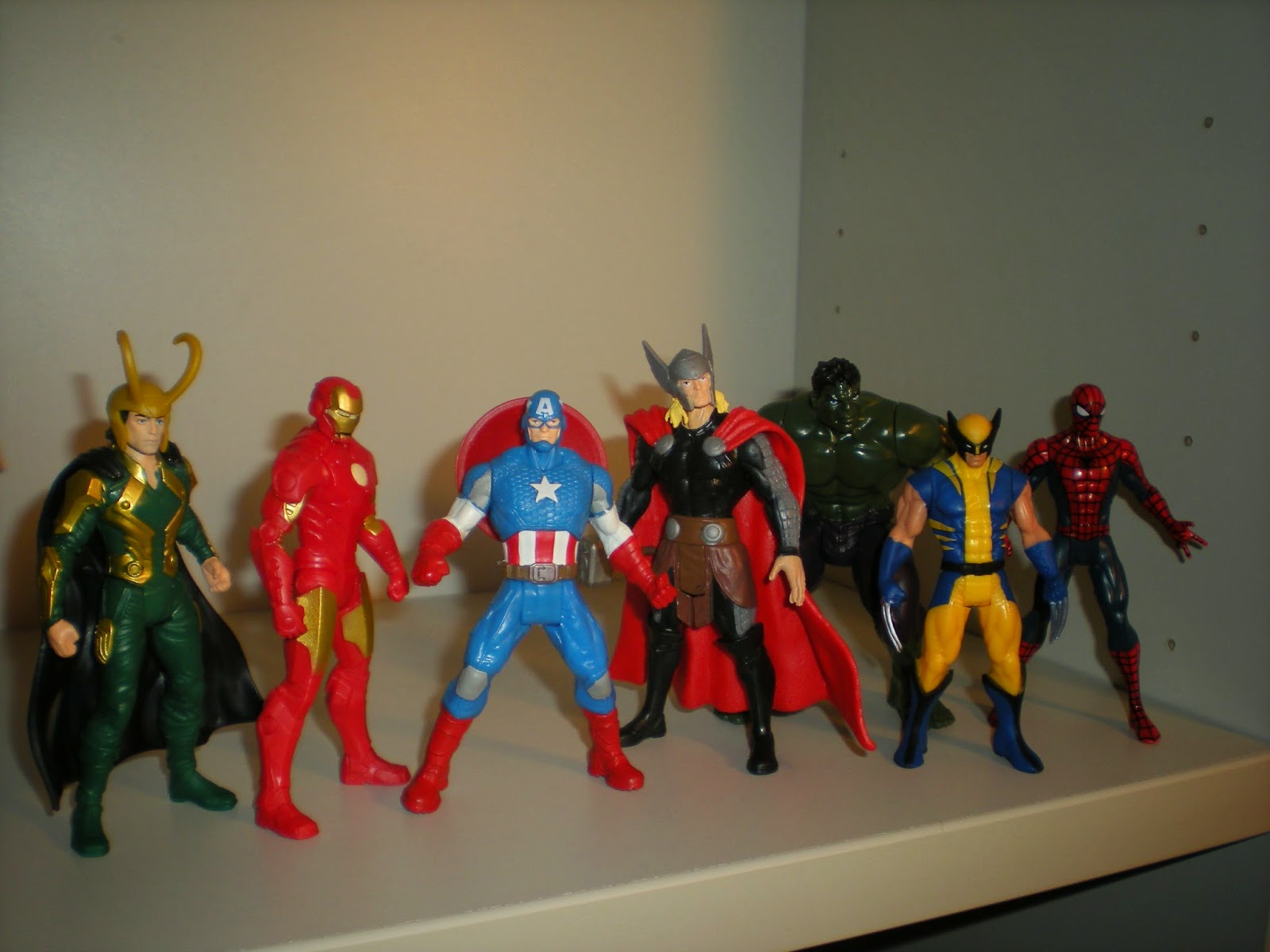 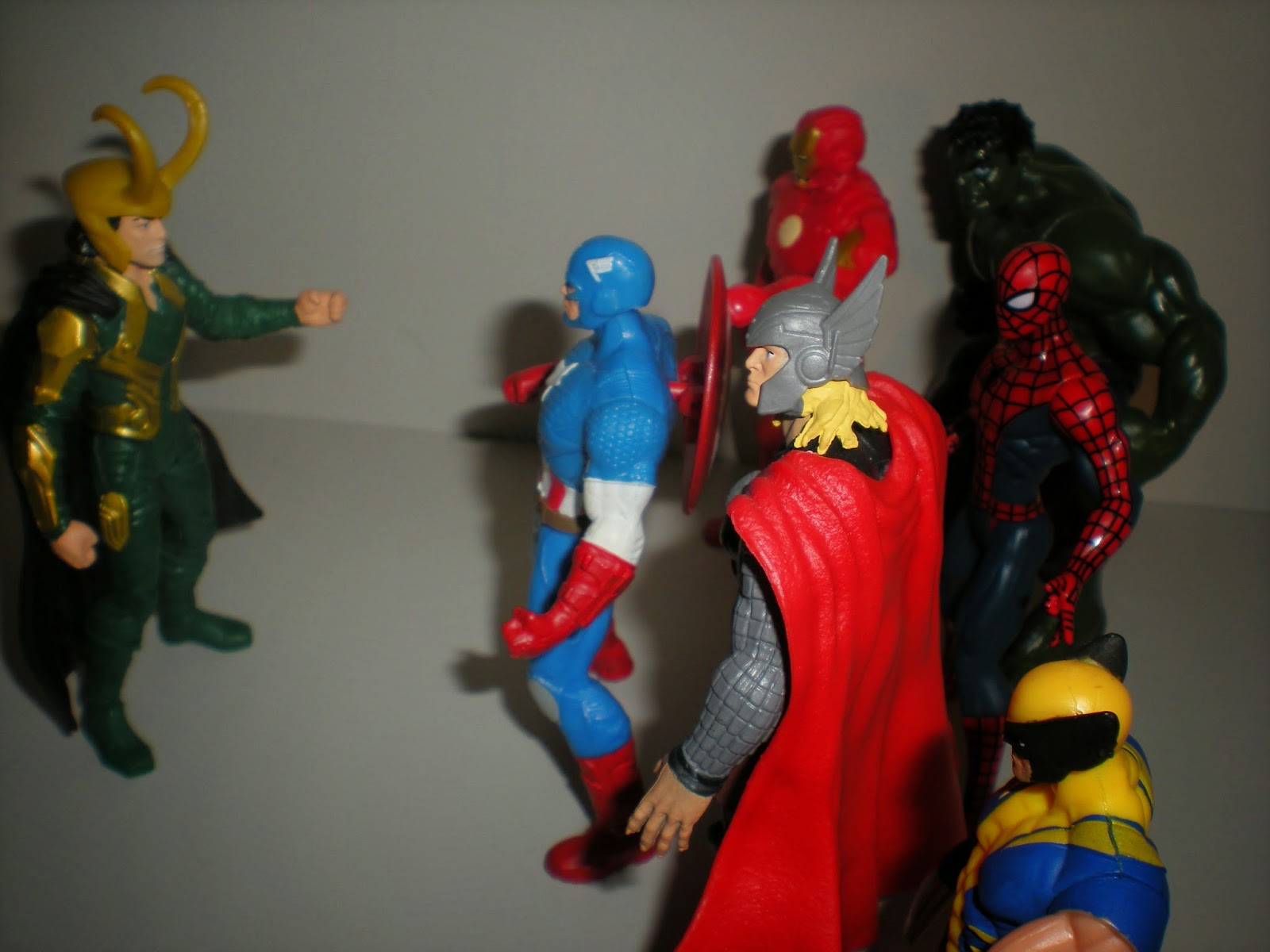 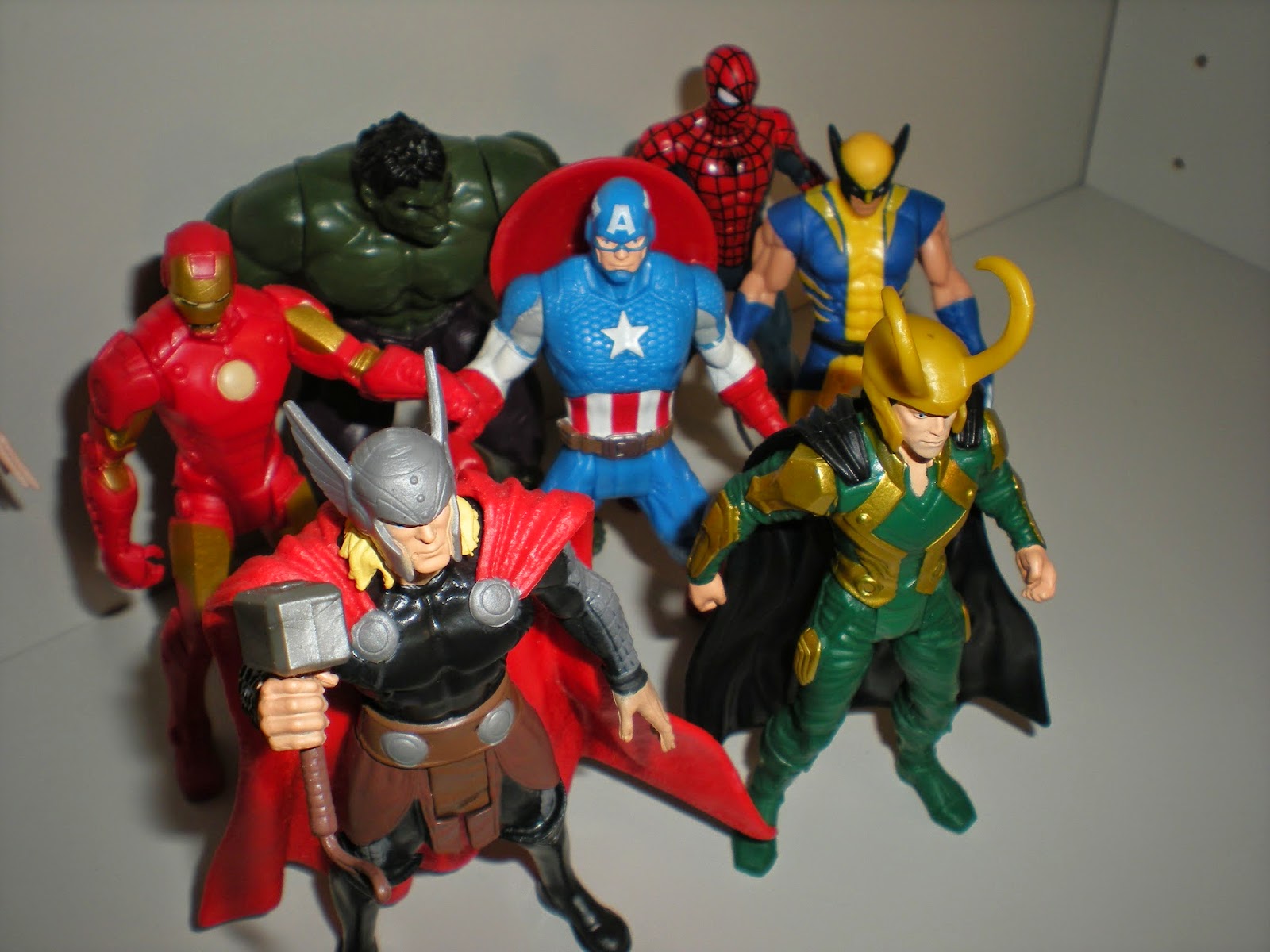 5 Points that warrant the purchase of a discount dollar store Marvel Universe Loki and others from the line!