I didn't realize how hefty this guy really was until I received him in the mail years ago along with Medieval Spawn. I picked him up mainly because I remembered him from playing the SNES Spawn video game. Plus Medieval Spawn needed someone's ass to kick. For a 90's figure, you would expect a little more articulation, but with a character like Overtkill, more articulation would have been...well.. overkill. I do wish they would have included a fire arm of some sort because I don't think the parking meter he comes with Is going to do much damage to an arch nemesis accustomed to fighting the forces of both Heaven and Hell. Not that a fire arm would fare any better. Getting back to the figure, Overtkill Is massive, heavy as heck and towers over most of the figures In my collection. You would think that the 4 points of articulation would take away from the overall coolness of the figure but It really doesn't. Plus, Overtkill has an awesome gimmick where his head detaches, launching  like a rocket with the press of a small button on his back! These were Todd McFarlane's first line of Spawn figures to hit the market and while most were cumbersome, Overtkill wasn't. A solid action figure with minimal articulation but tons of playability, and here are my 5 points to prove it! 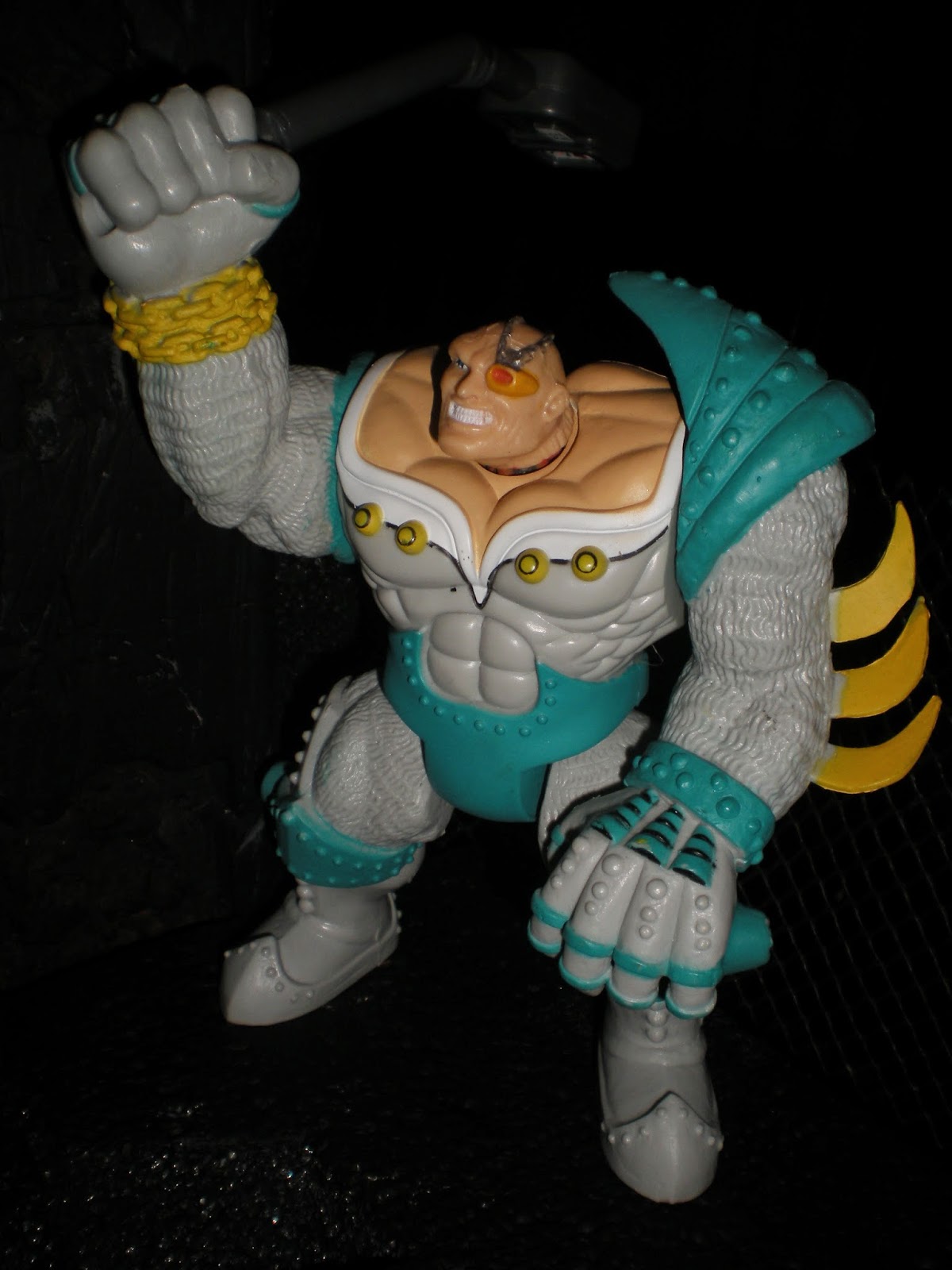 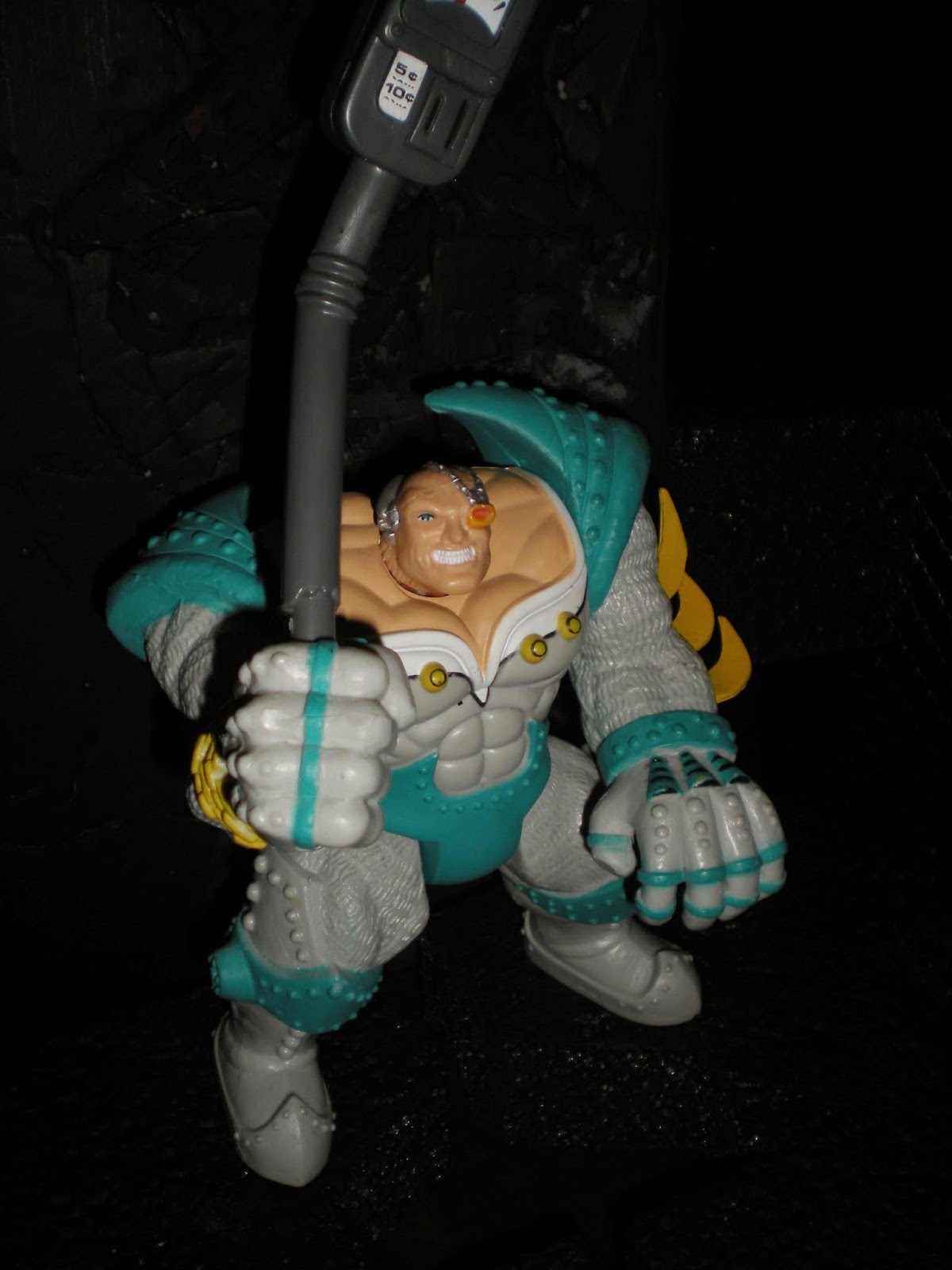 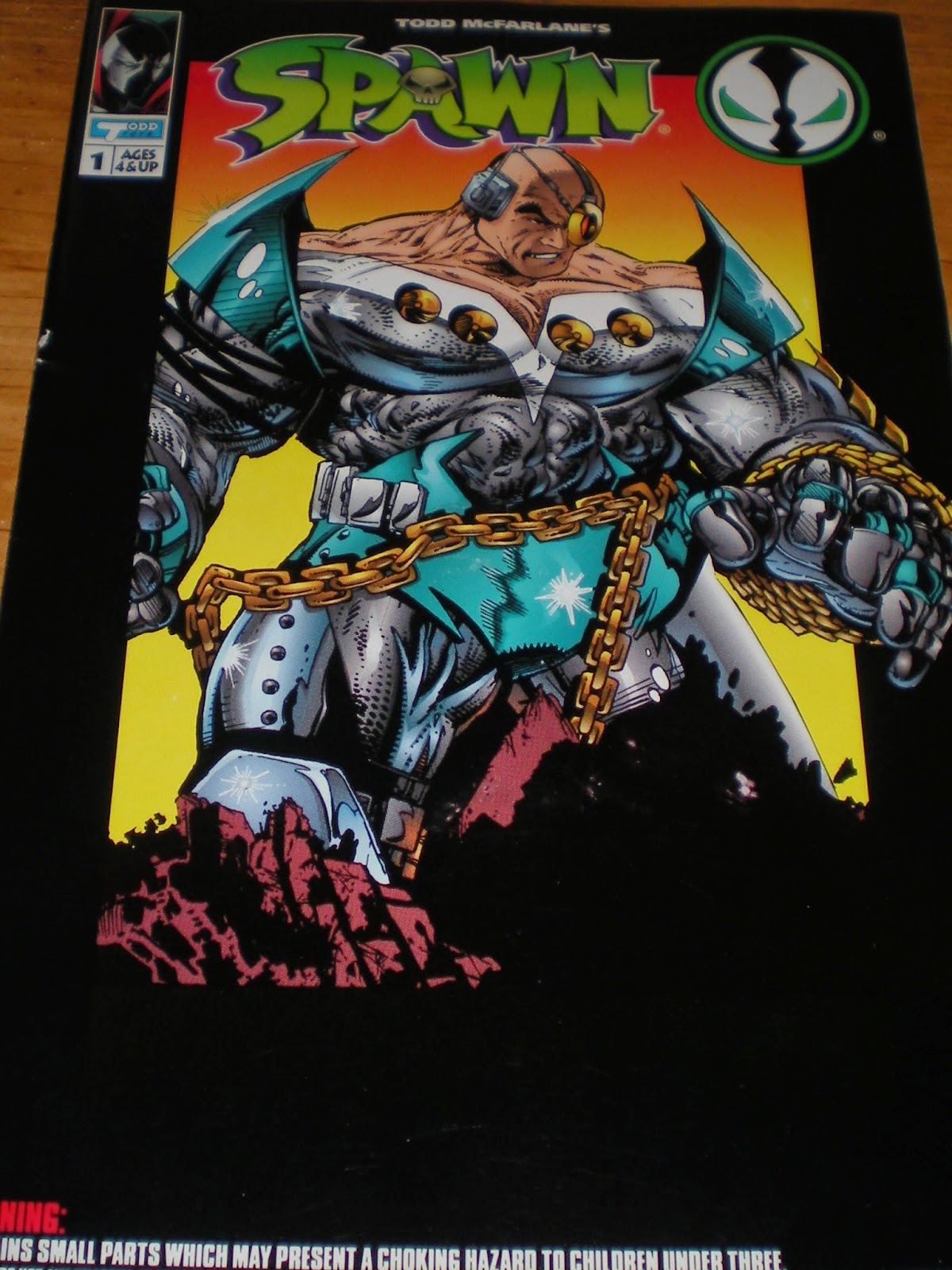 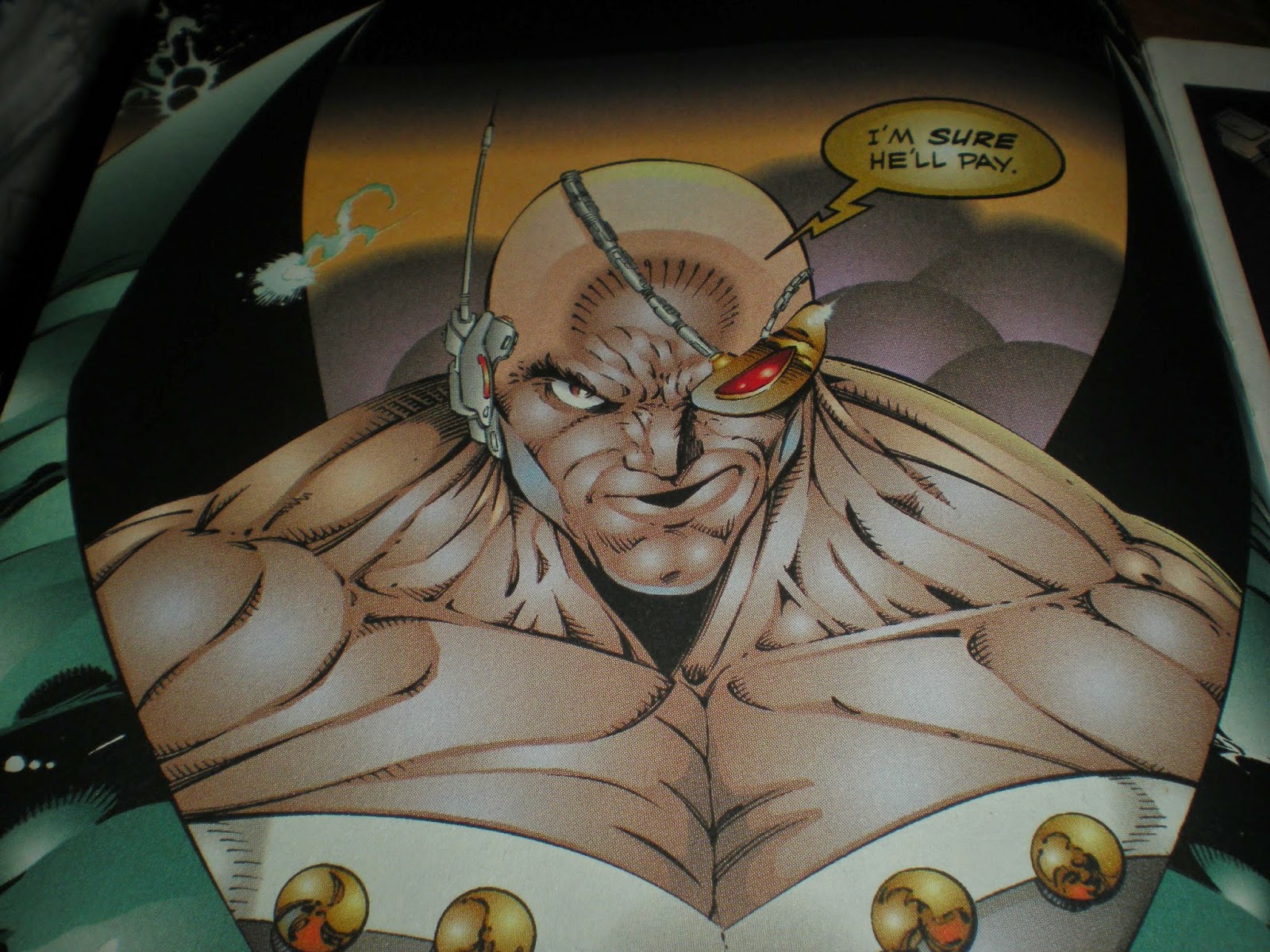 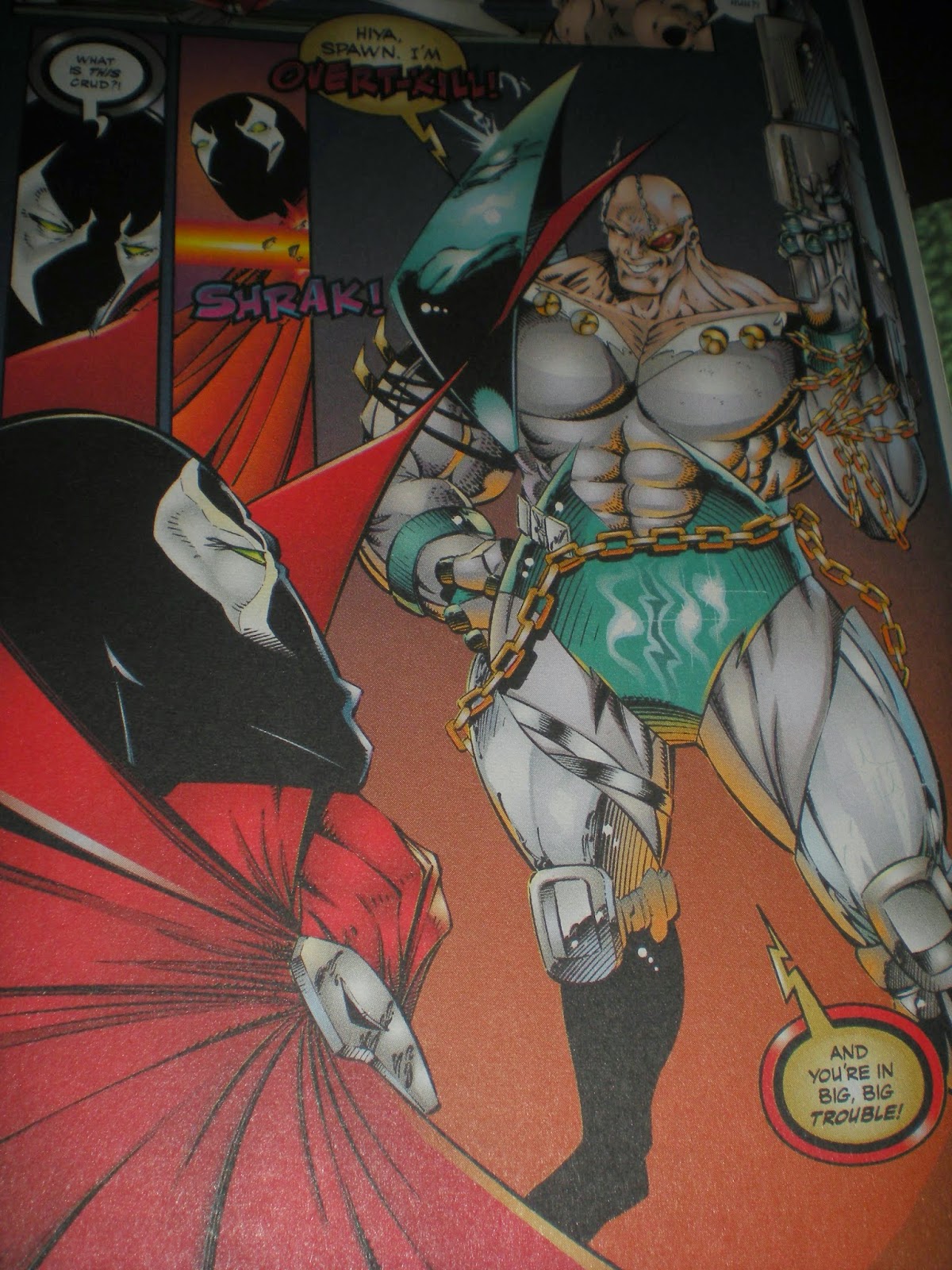 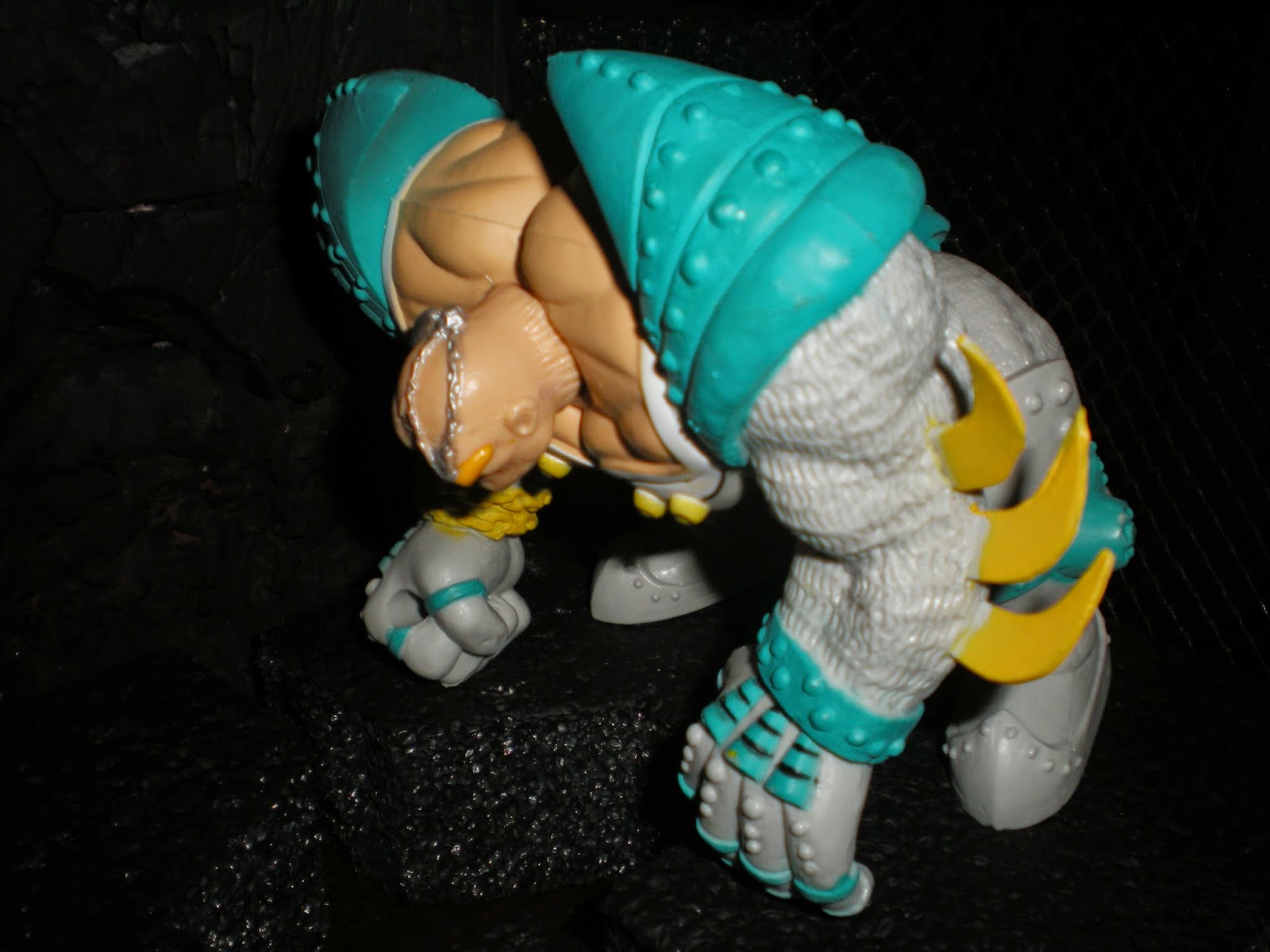 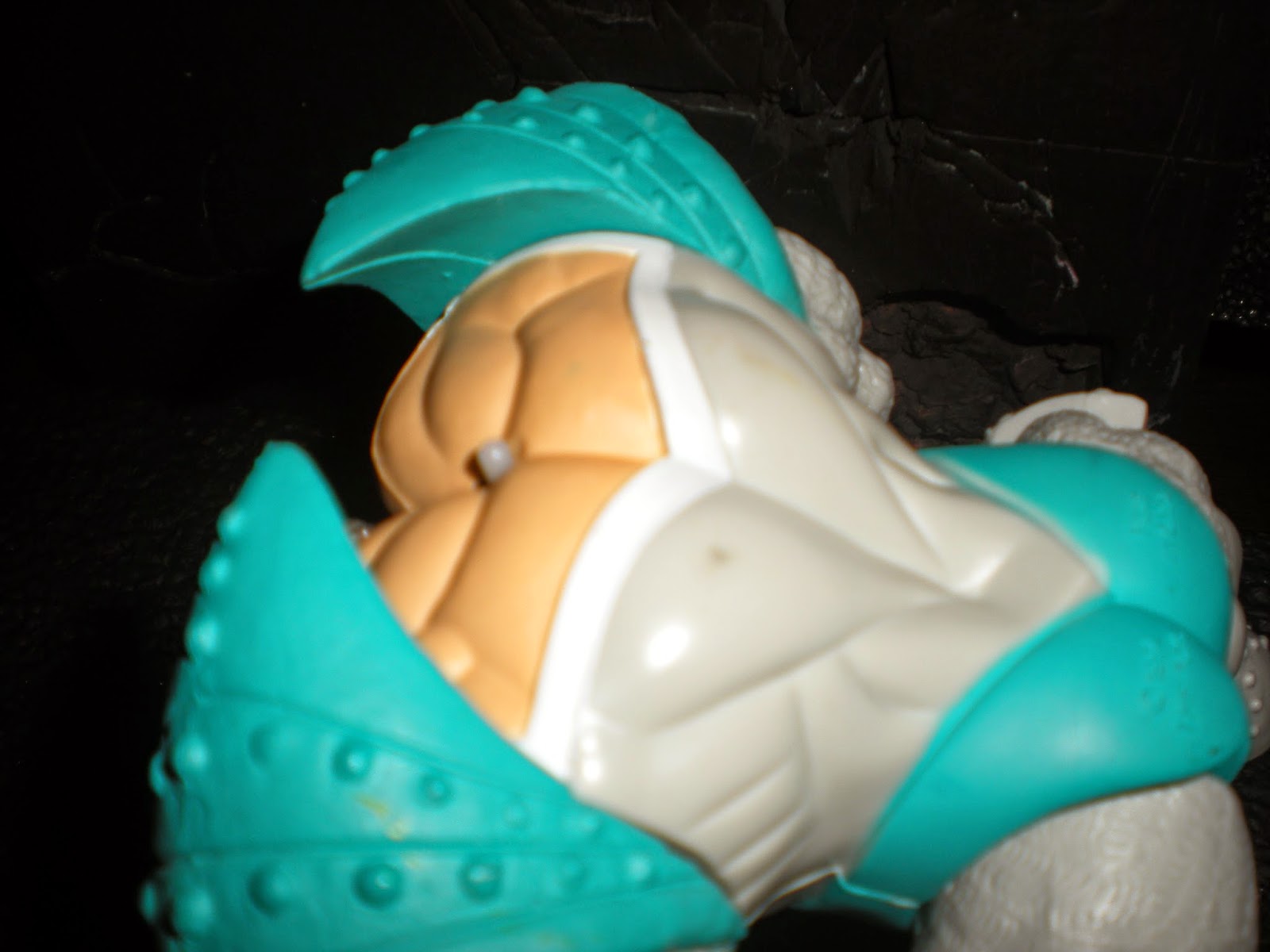 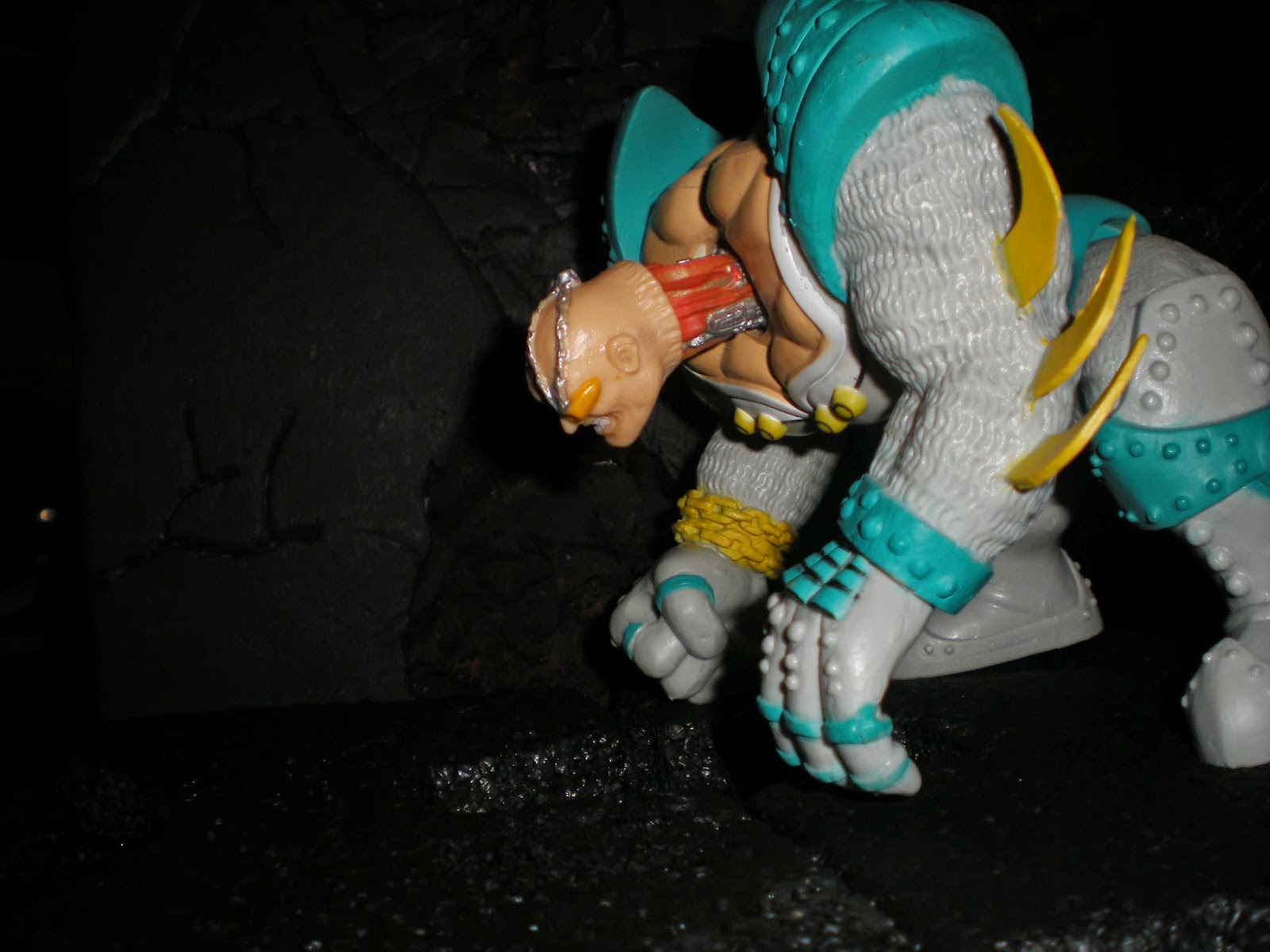 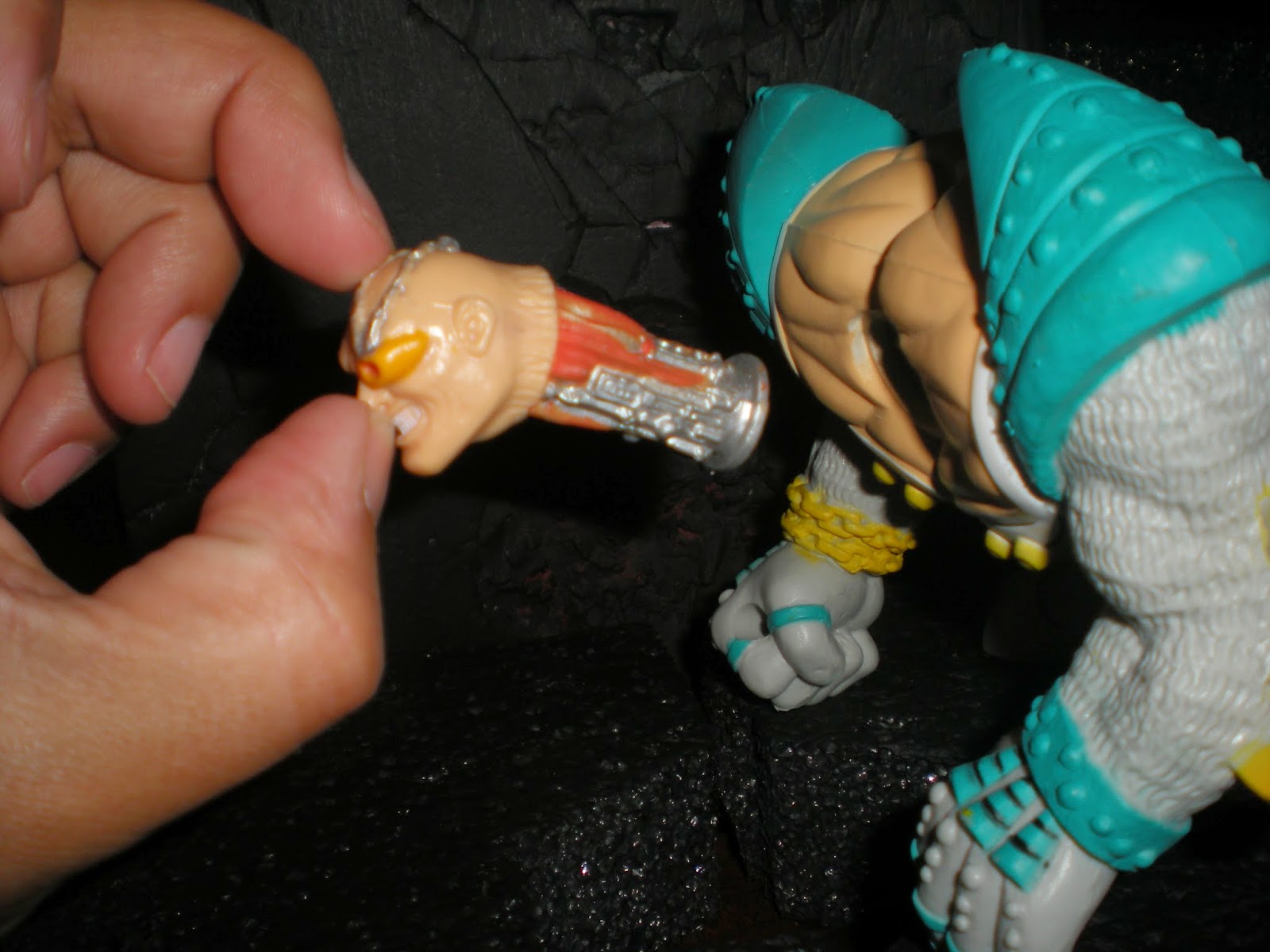 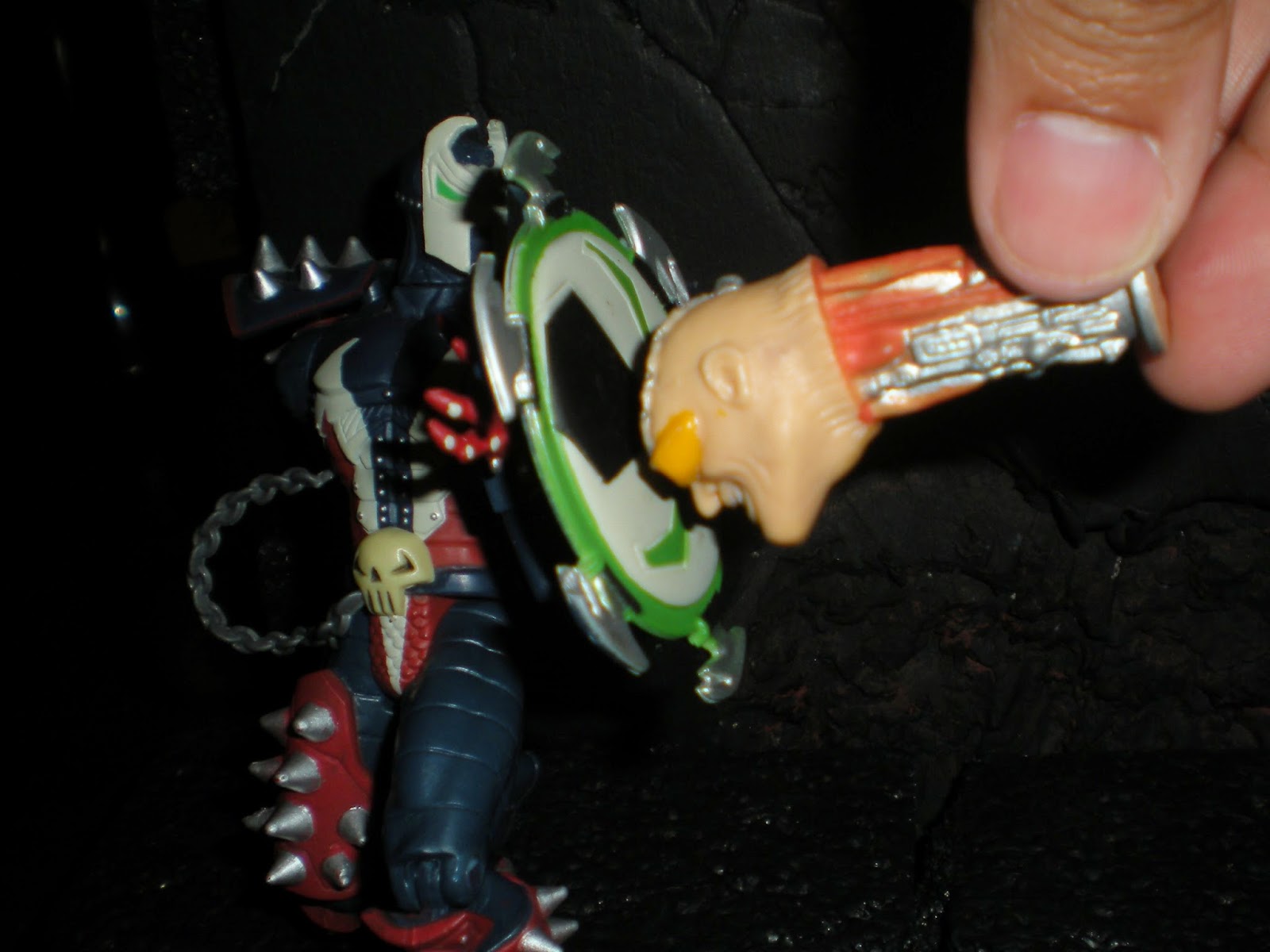 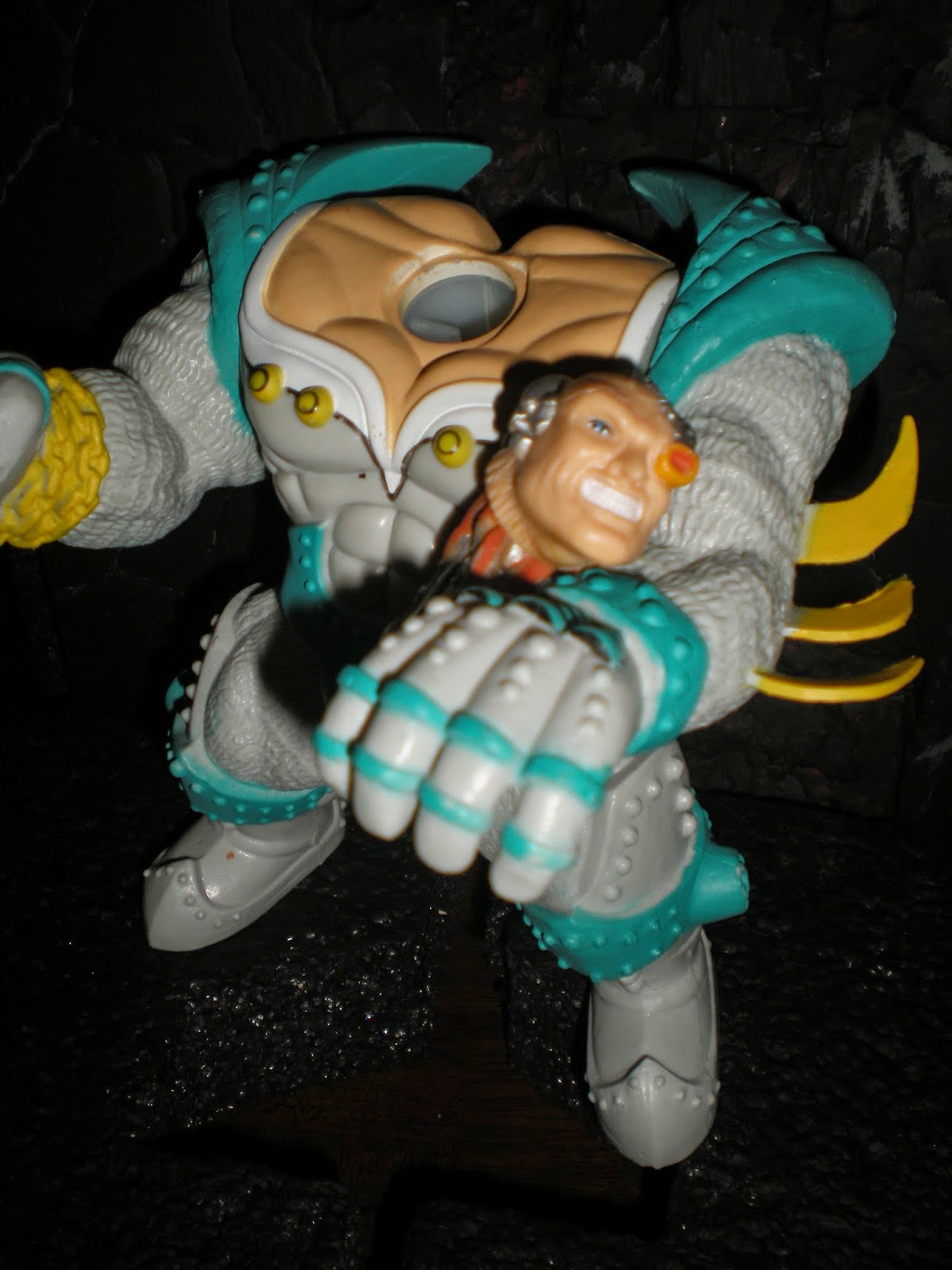