The first thing that came to my mind when I first laid eyes on these figures  In a local hobby shop recently,were the old GUTS  mini figures,which were also a product of Mattel back In the mid to late 80's.The one difference that I noted was in some of the cut joints,allowing for certain parts of the sculpt to be posed and played with.The second thing to come to my mind was the 90's era of comics, with big haired protagonists who tended to look more like 80's Metal bands on steroids.Remember X-Force?The card art gives off  an X-Men vibe,and understandably so as the artist and creator of Cyberforce Is none other than Marc Sylvestri.Marc Sylvestri penciled the spin off Wolverine comics from 1990-1992. Cyberforce,however,was an Image comic and from what I've read,a pretty controversial one.Here's a  link to the back story as I'm pressed for time and need to get right into reviewing the figures.Each set Is color coded.This one being Code:Purple. 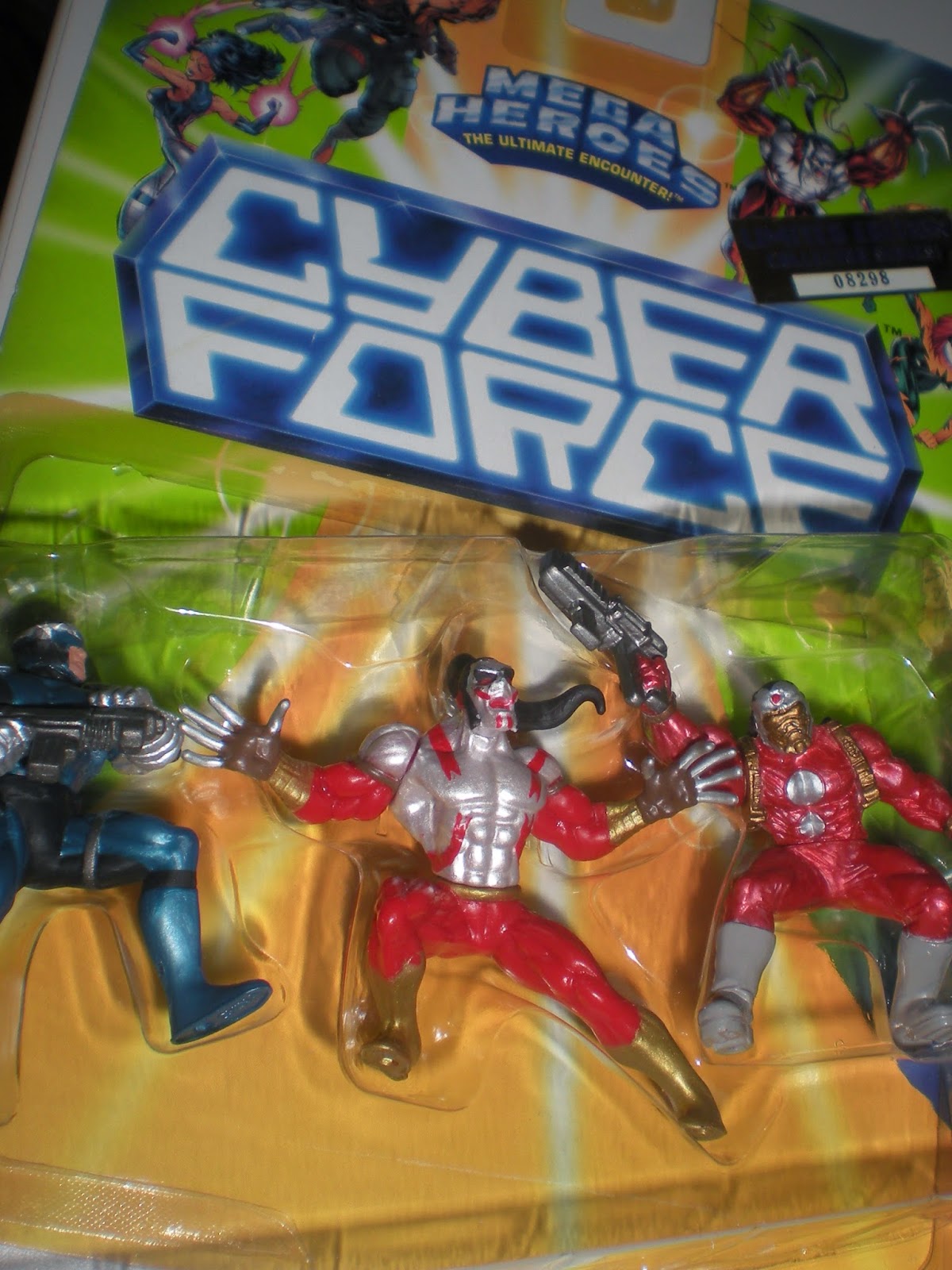 The first thing you'll notice about these figures Is that they are very fire arm heavy.I really dig that about these guys.Very reminiscent of  characters like Cable and Bishop.None of these figures have head movement.Instead they emphasize movement In their weaponized arms and waist.The paint on them Is pretty immaculate and the sculpts are nicely detailed with uniform creases,holsters and muscle tone showing nicely.Not pictured are the peg holes on the bottom of their feet.I guess there were also plans on vehicle and play set releases as stated on the card back.They also display and stand up easily.No tipping or falling over,although some of the sets I saw had most of the female figures with permanent stands attached.I am a serious opponent of permanently attached stands.
Lets take a look at RIPCLAW! 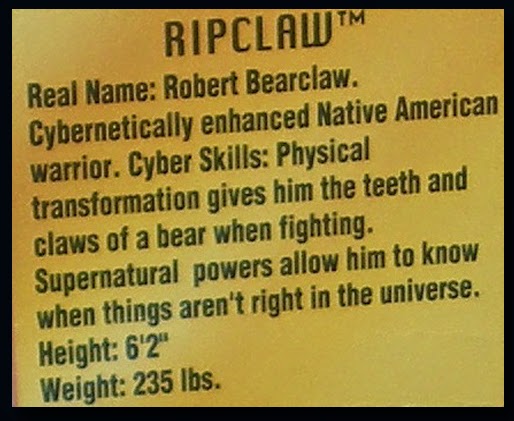 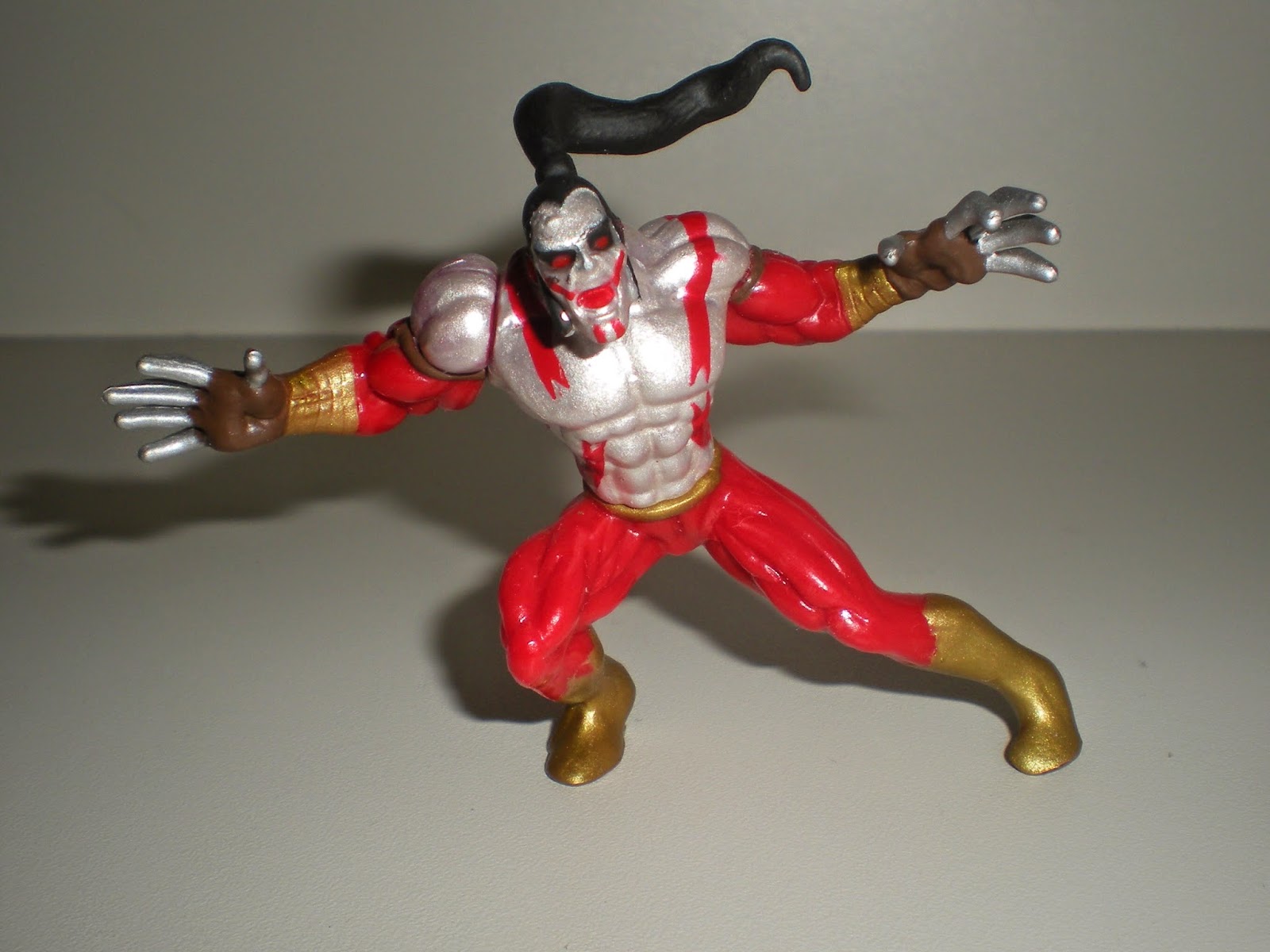 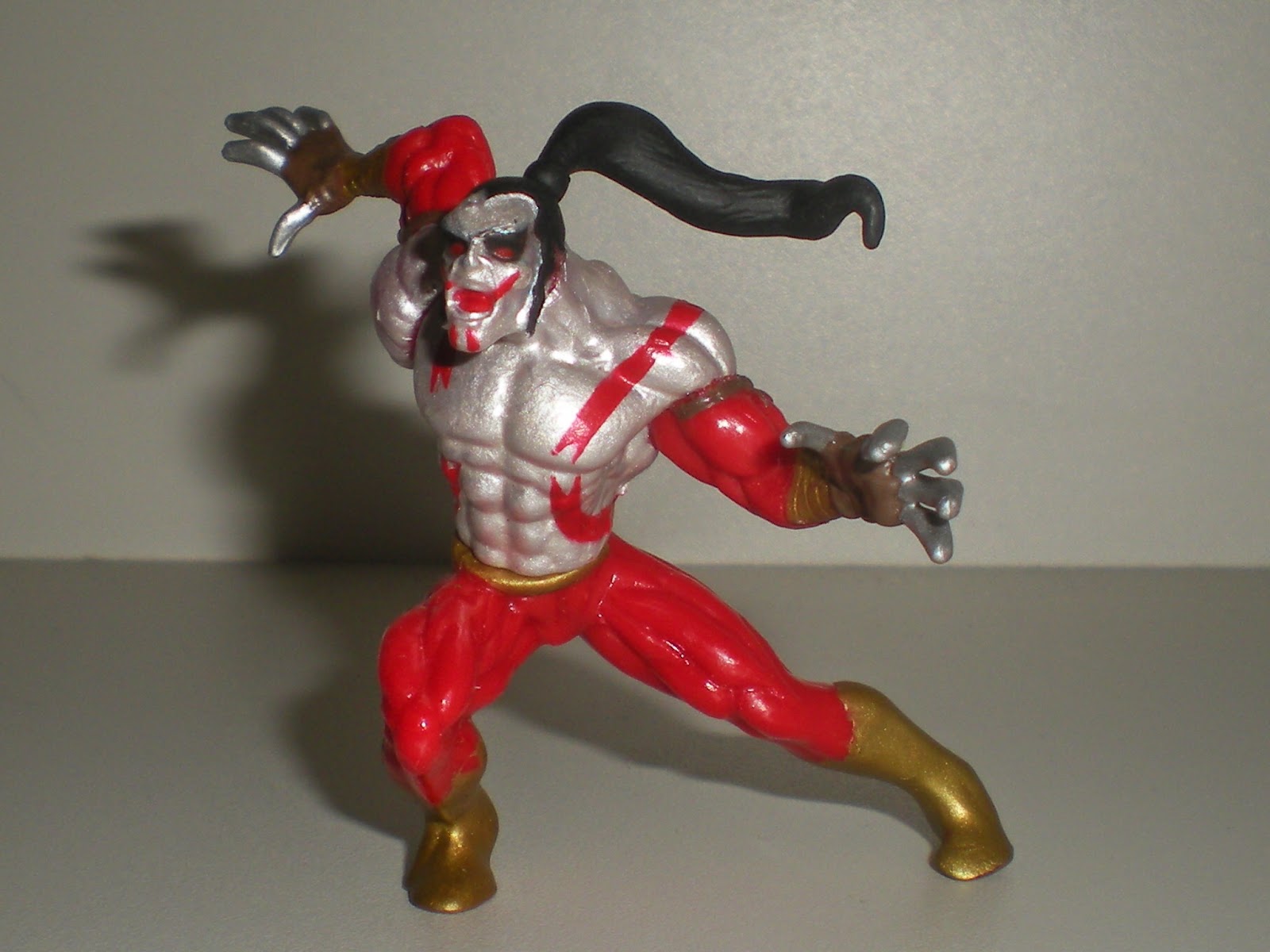 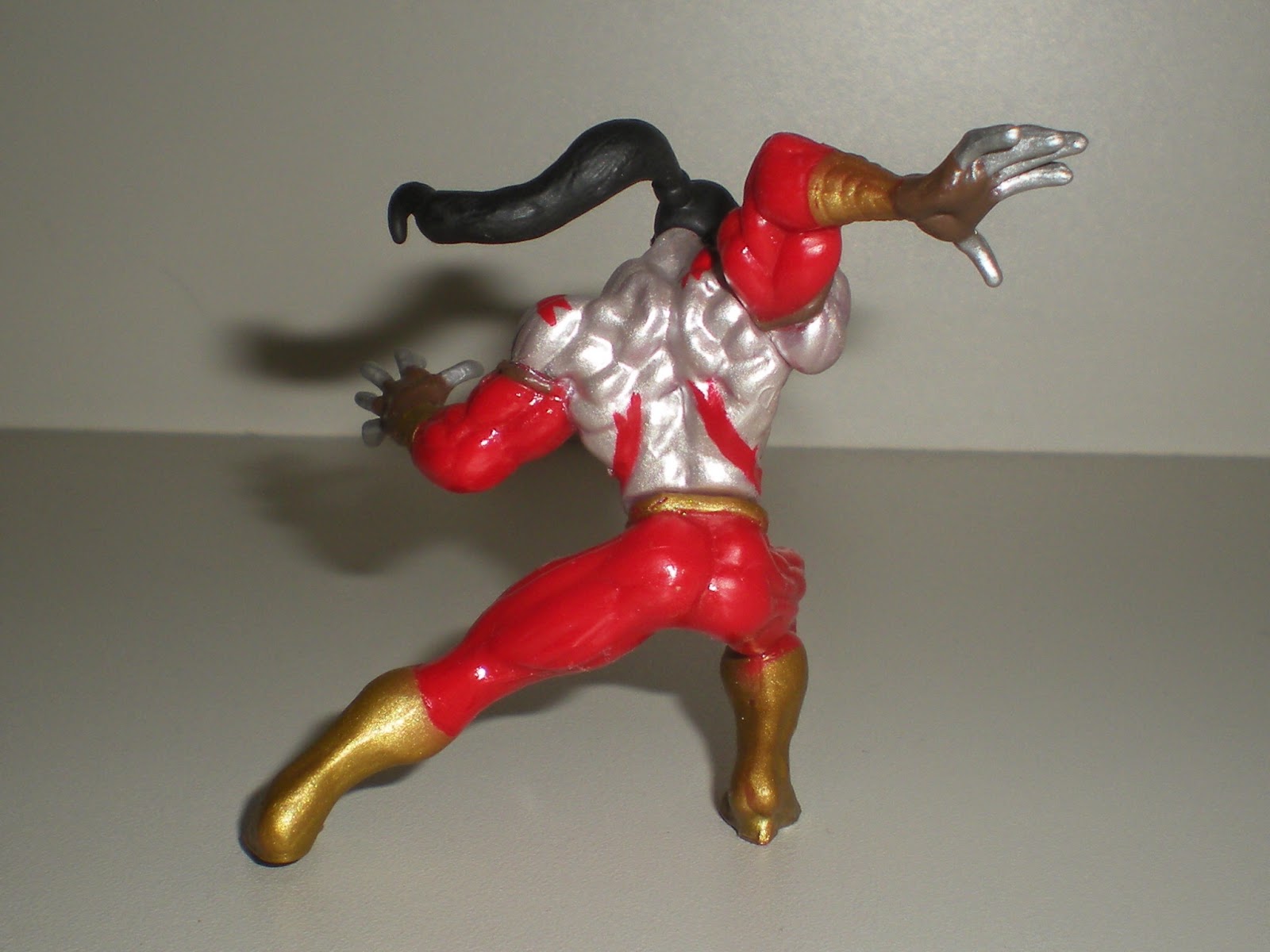 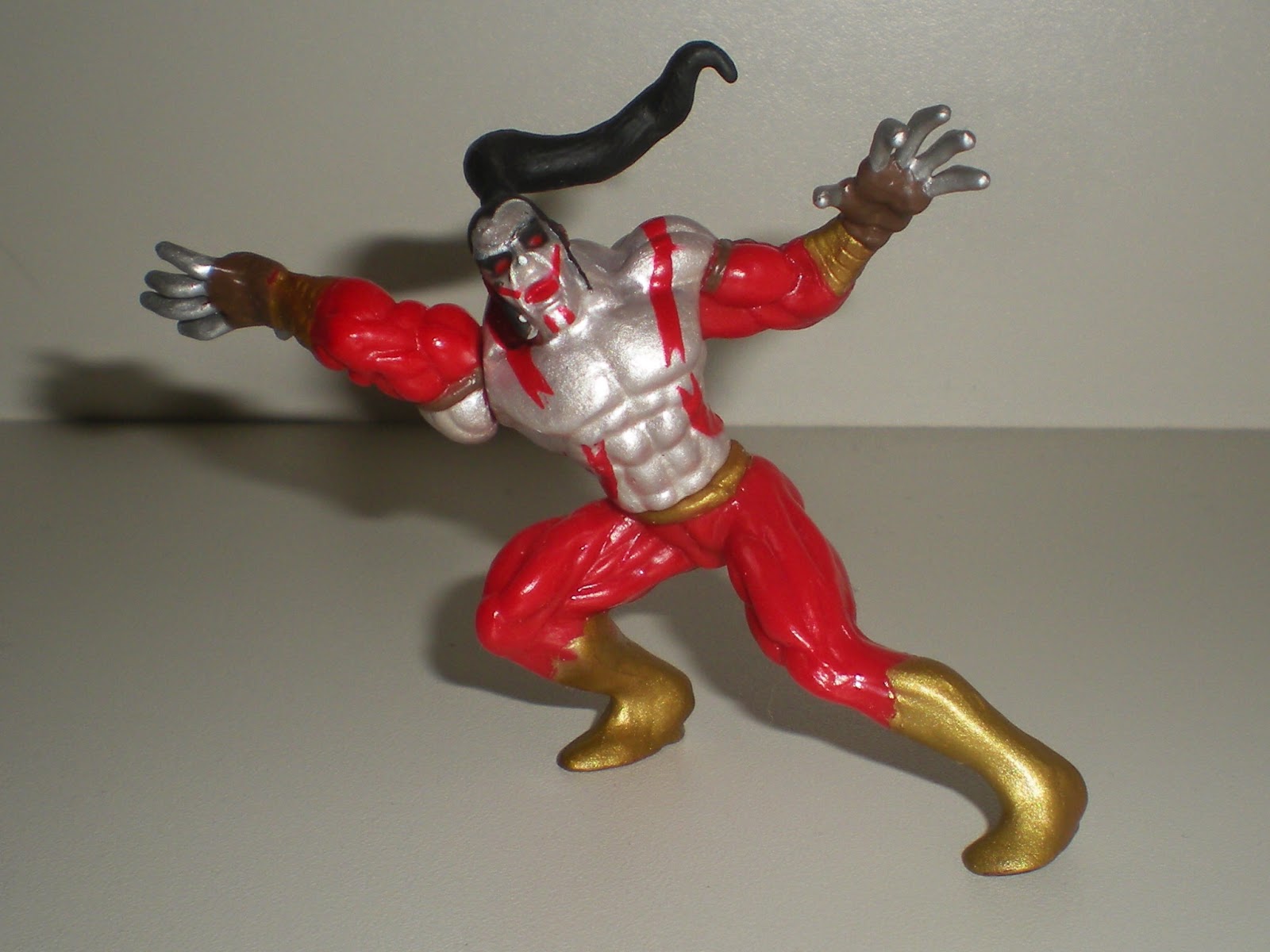 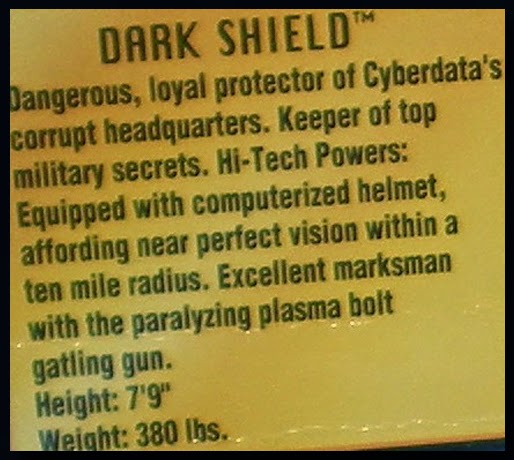 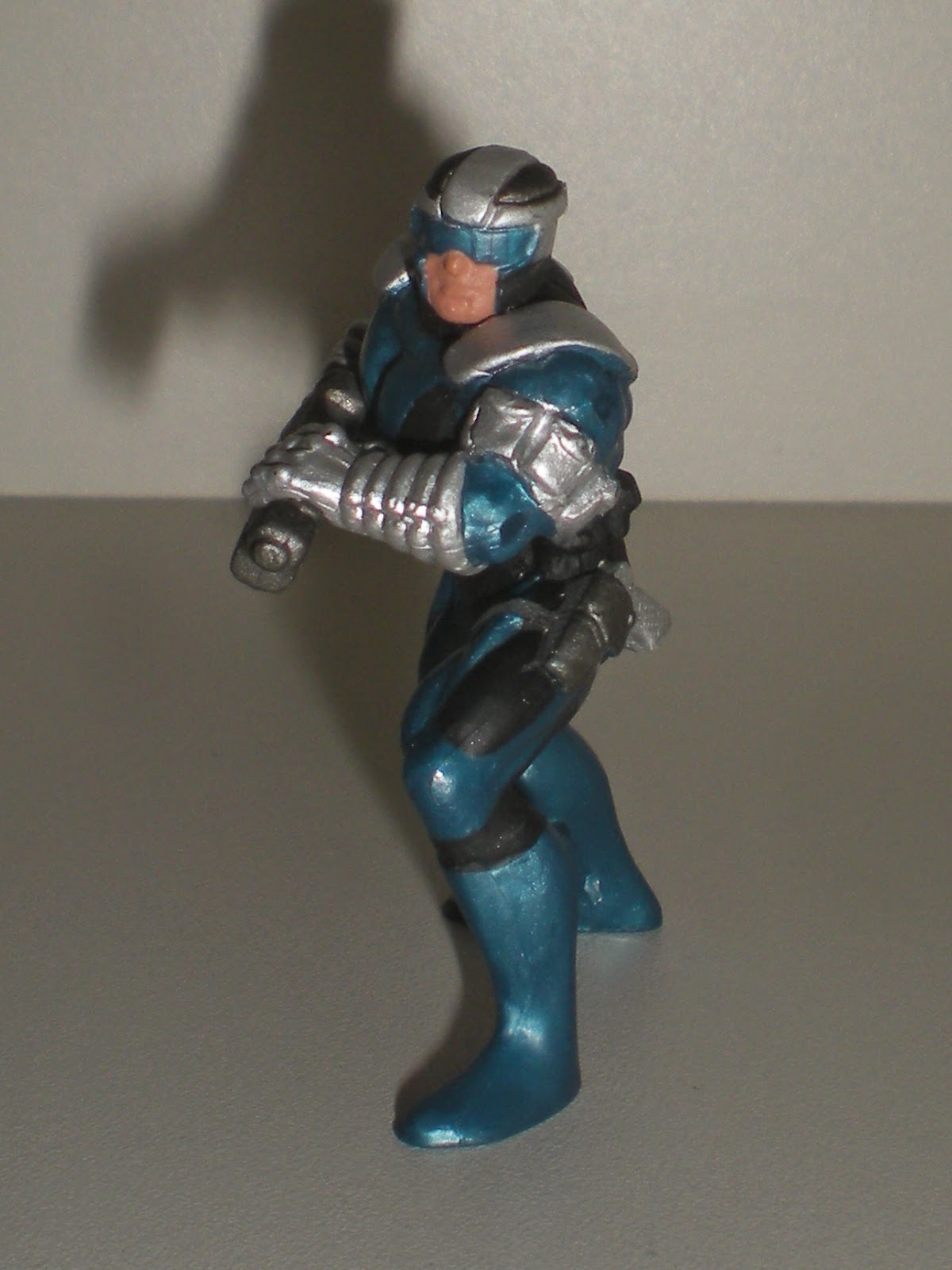 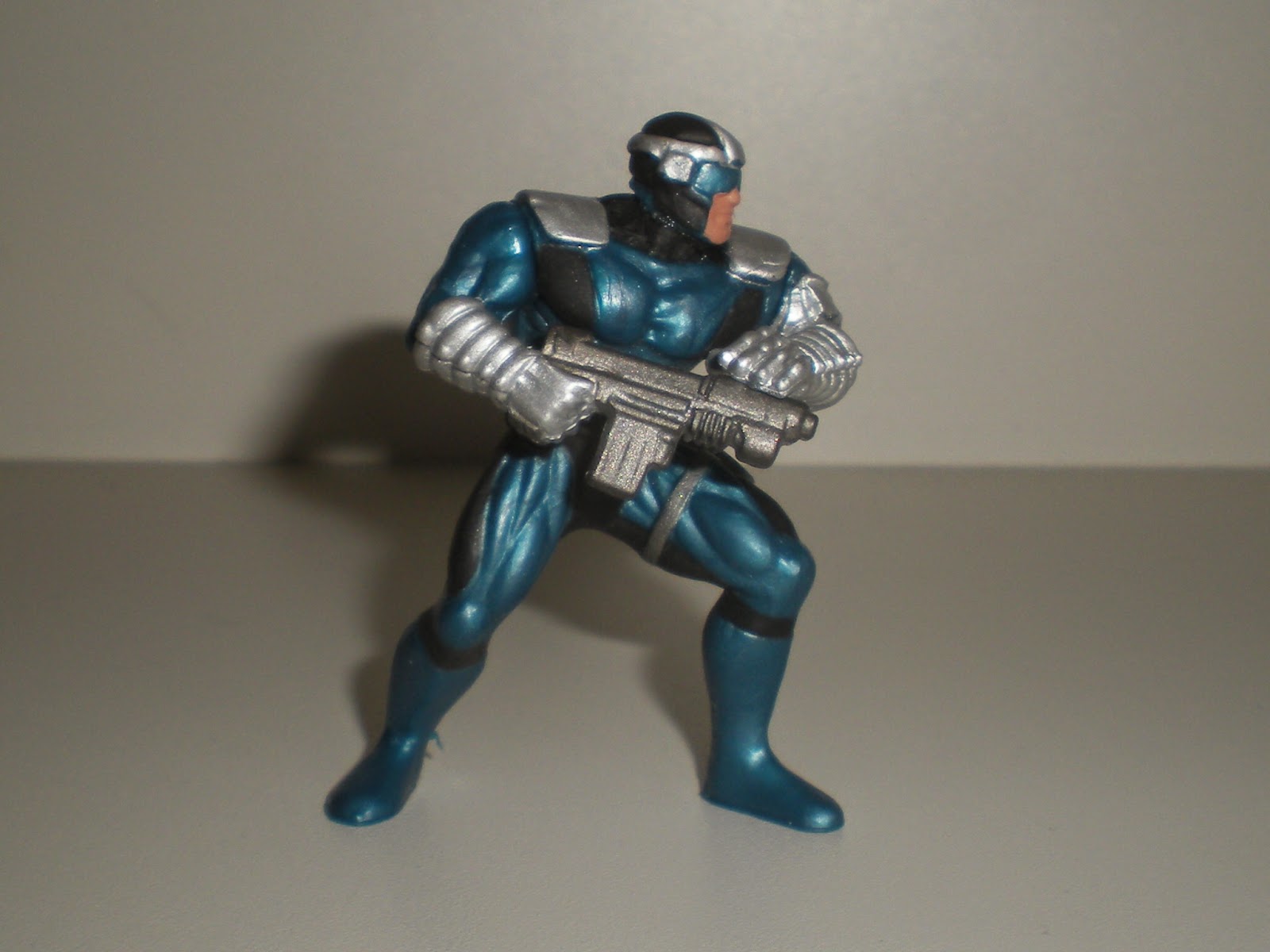 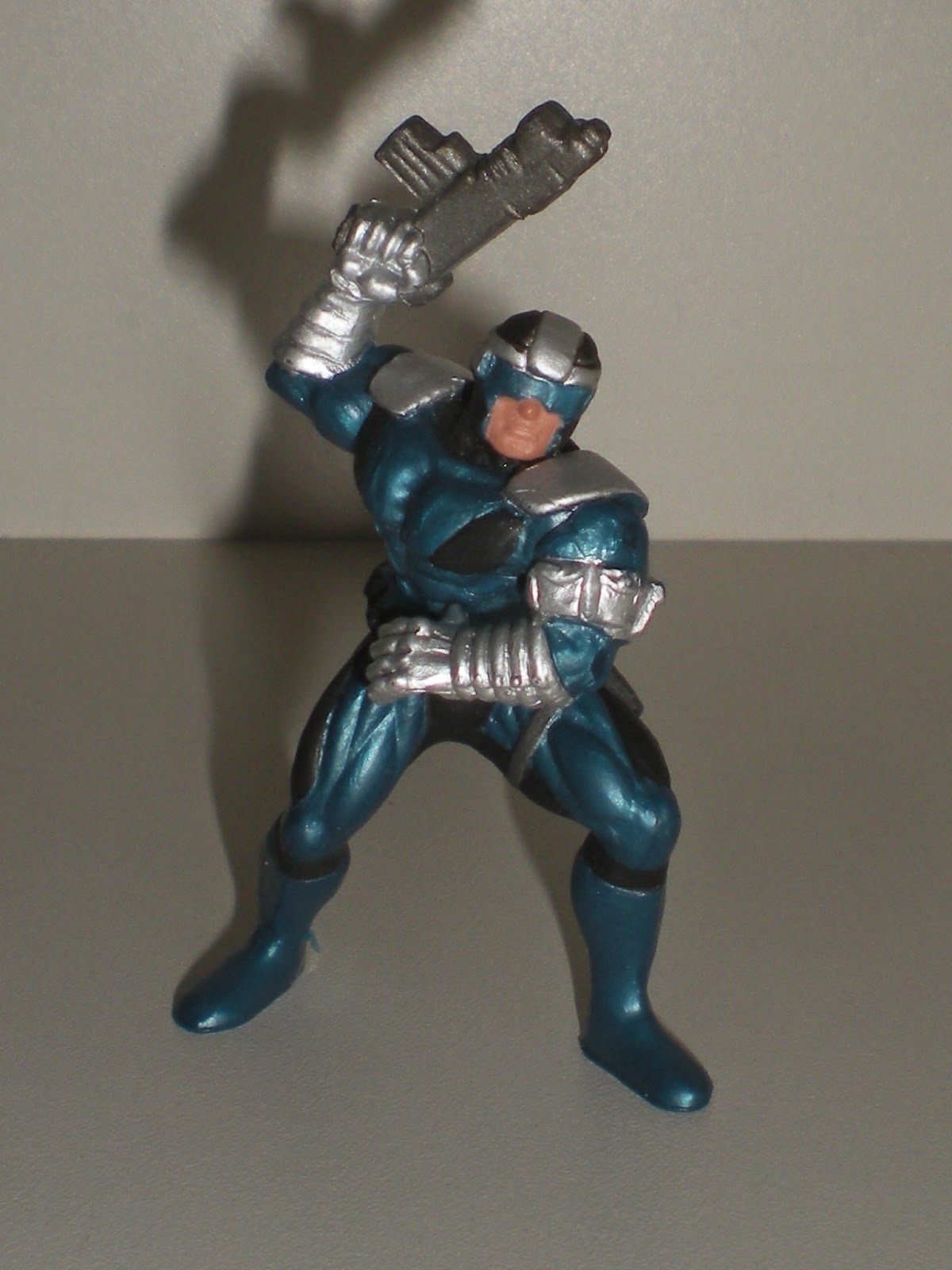 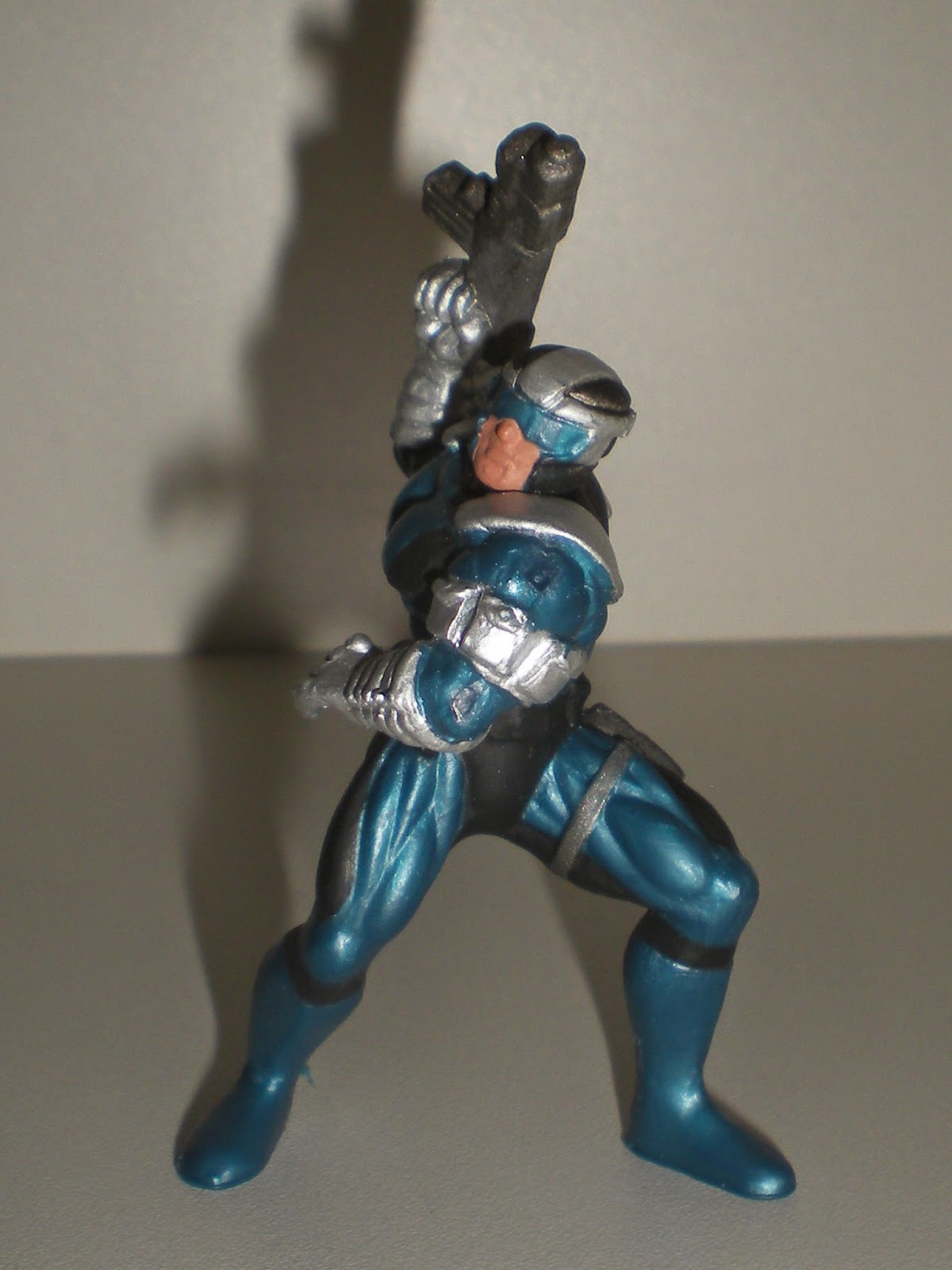 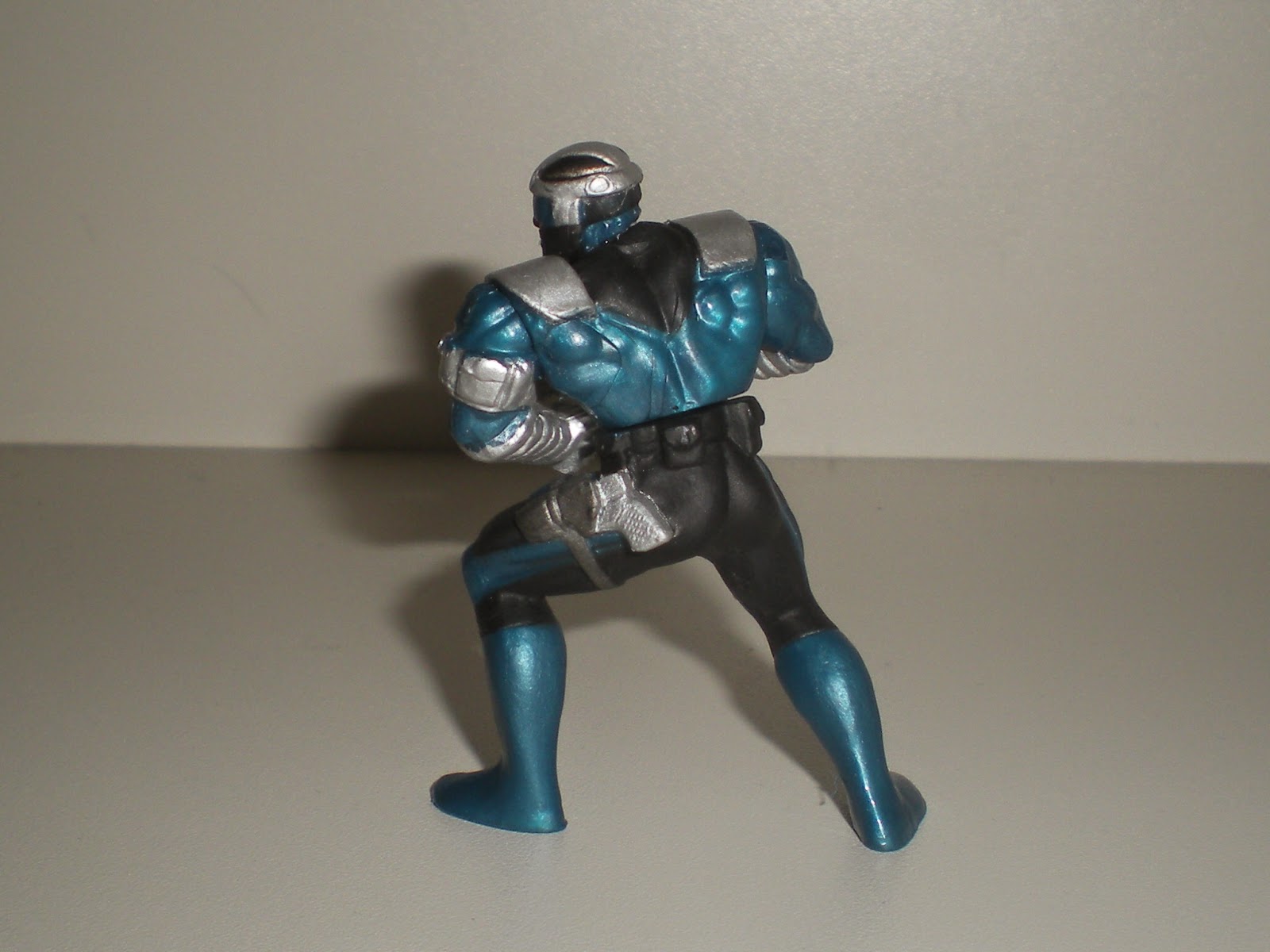 This Is my personal favorite due to his awesome bio! 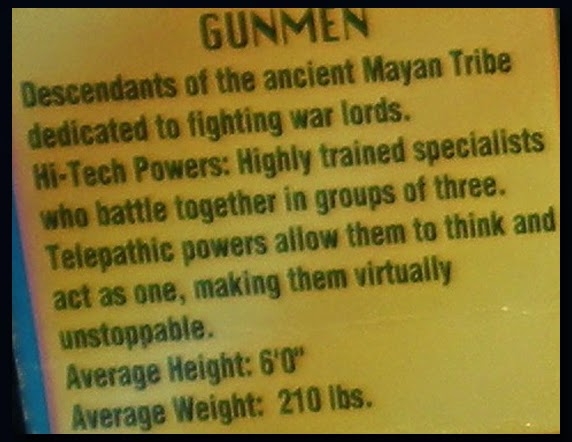 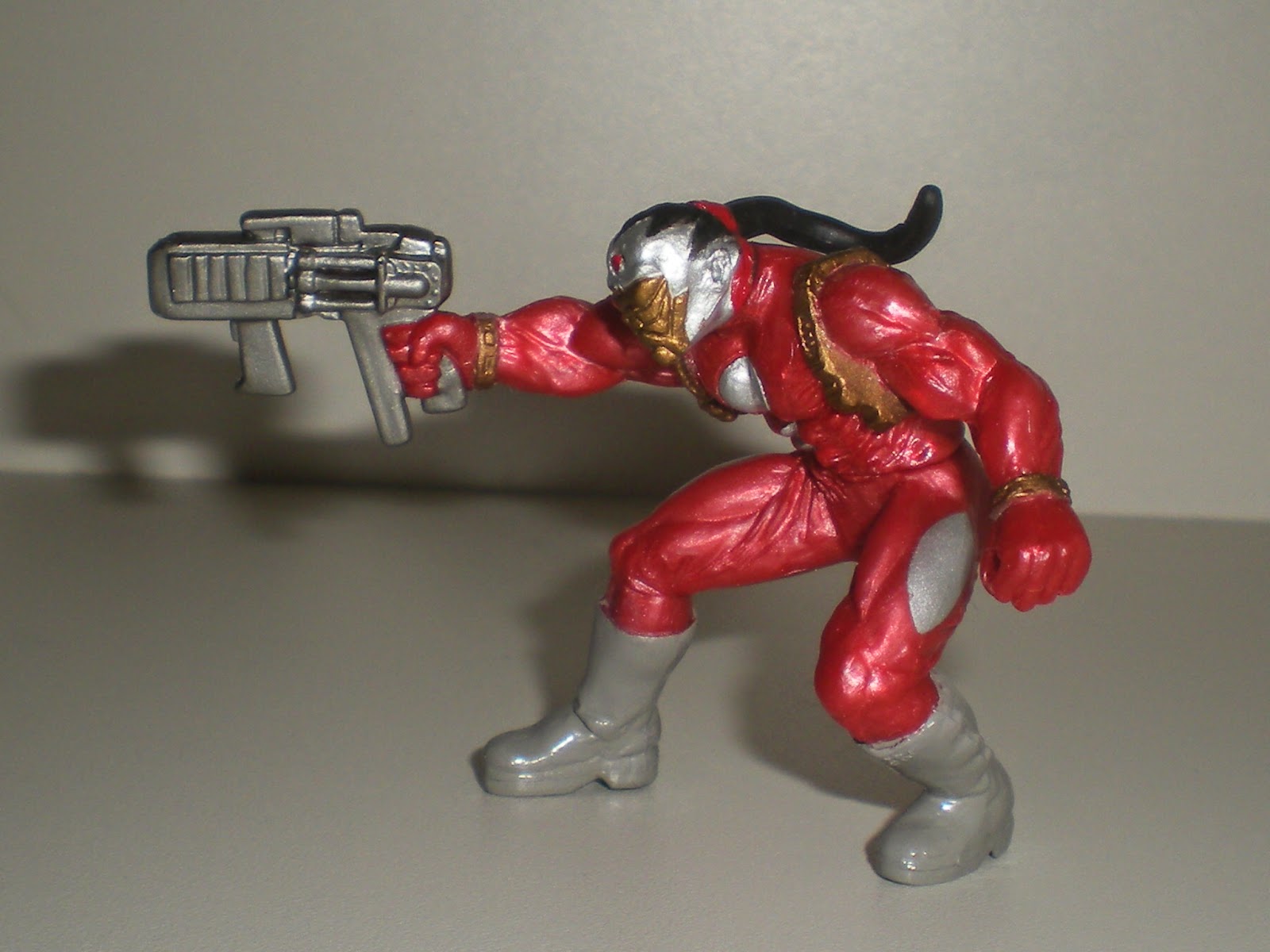 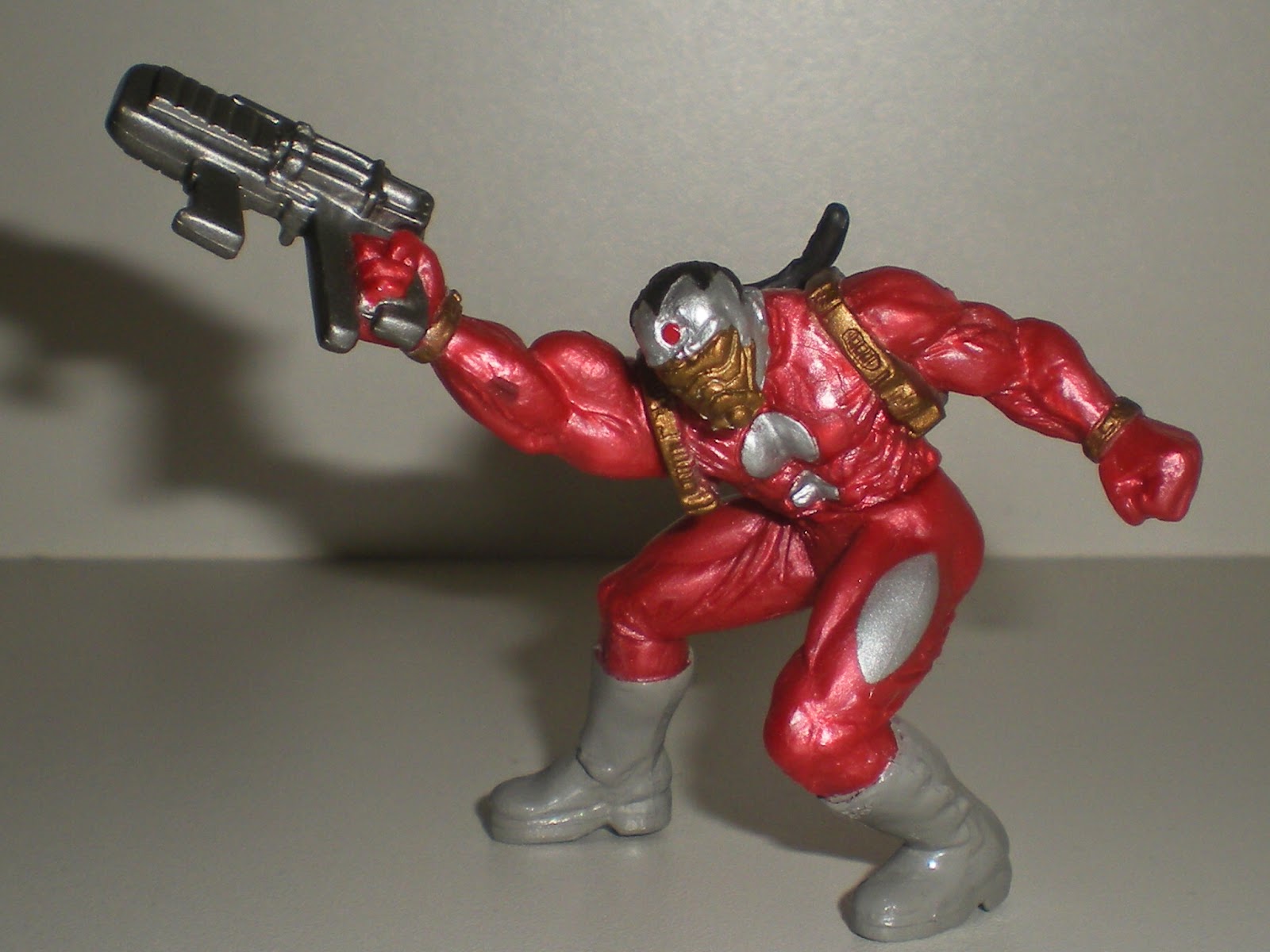 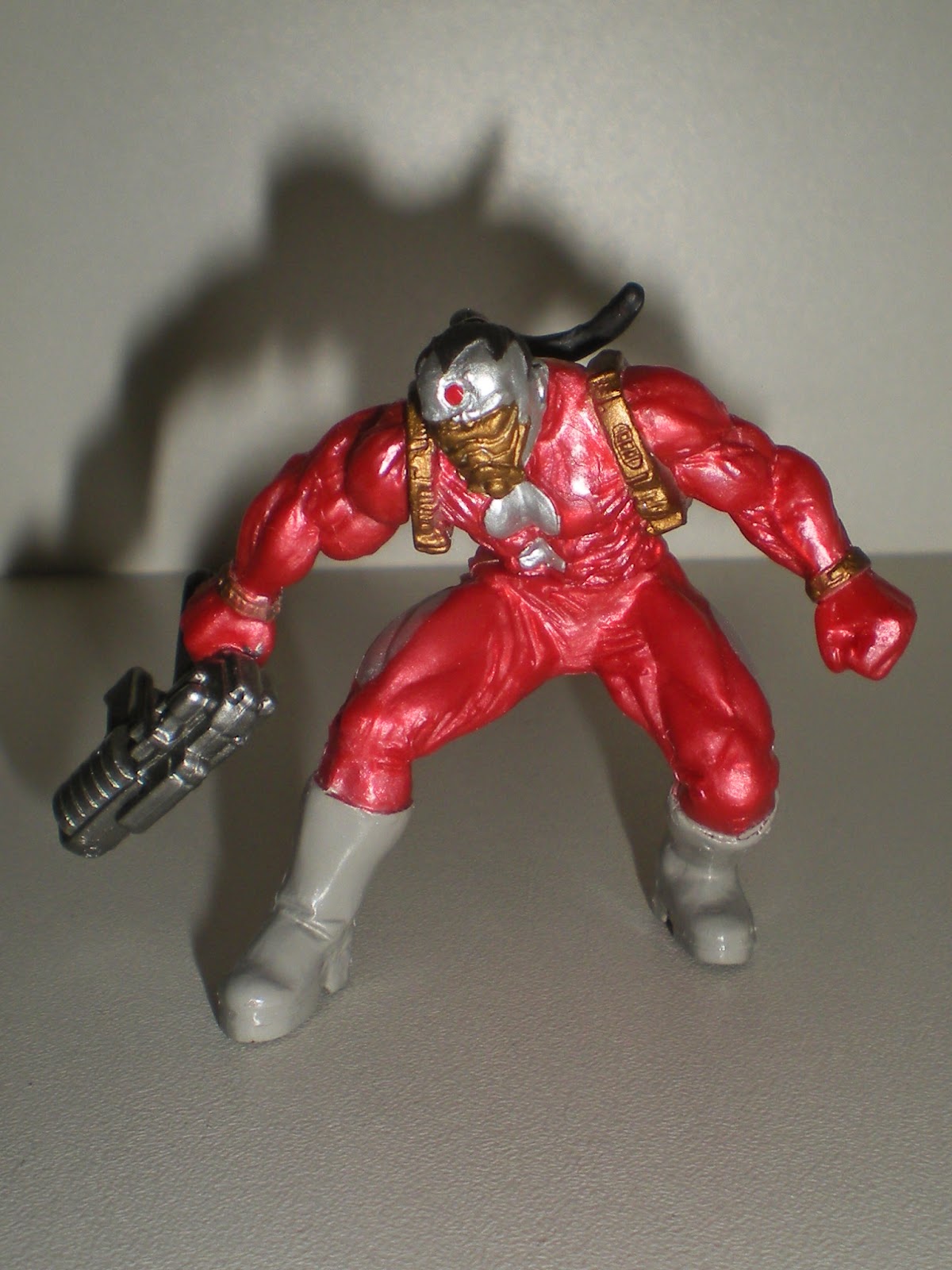 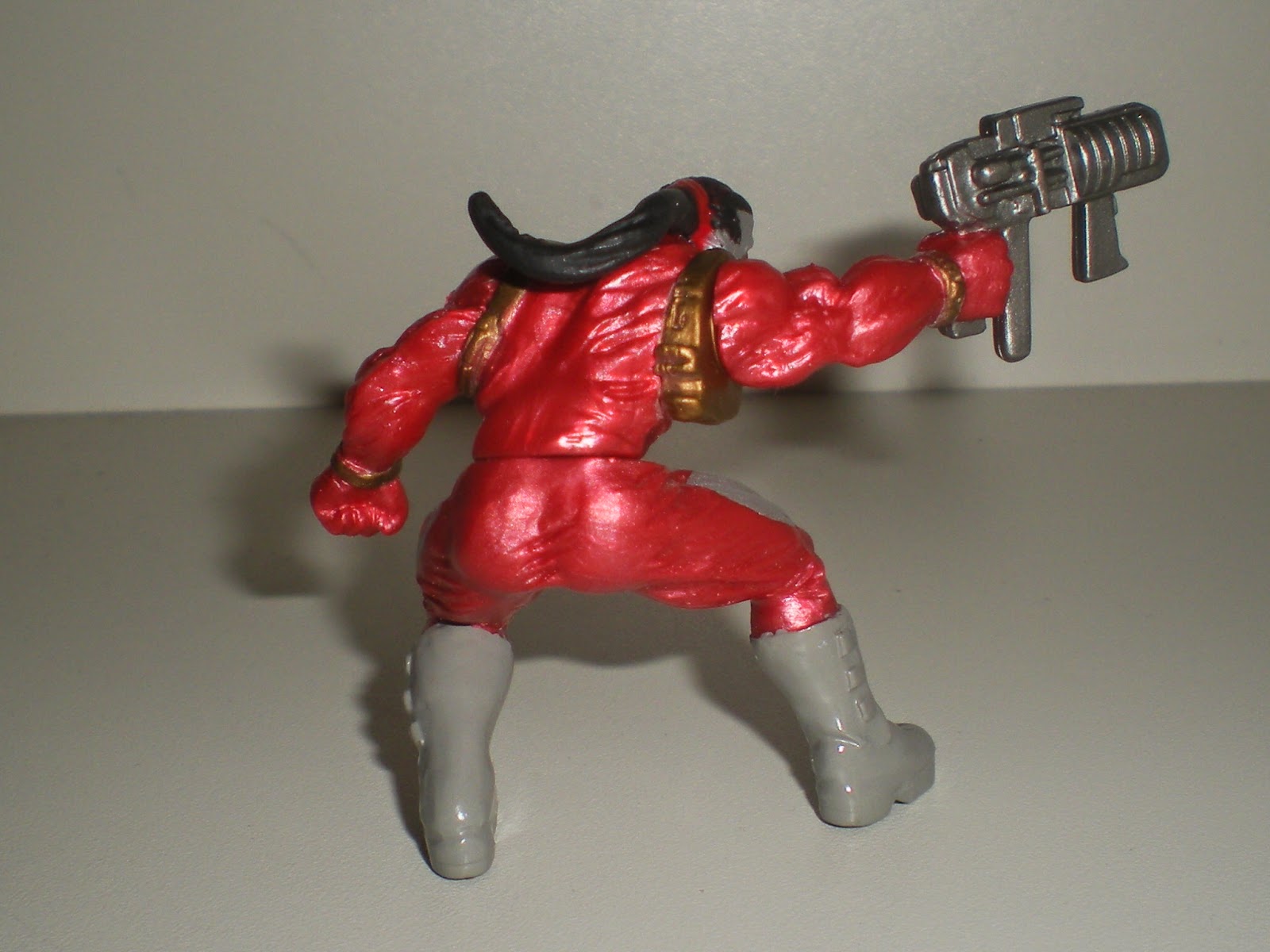 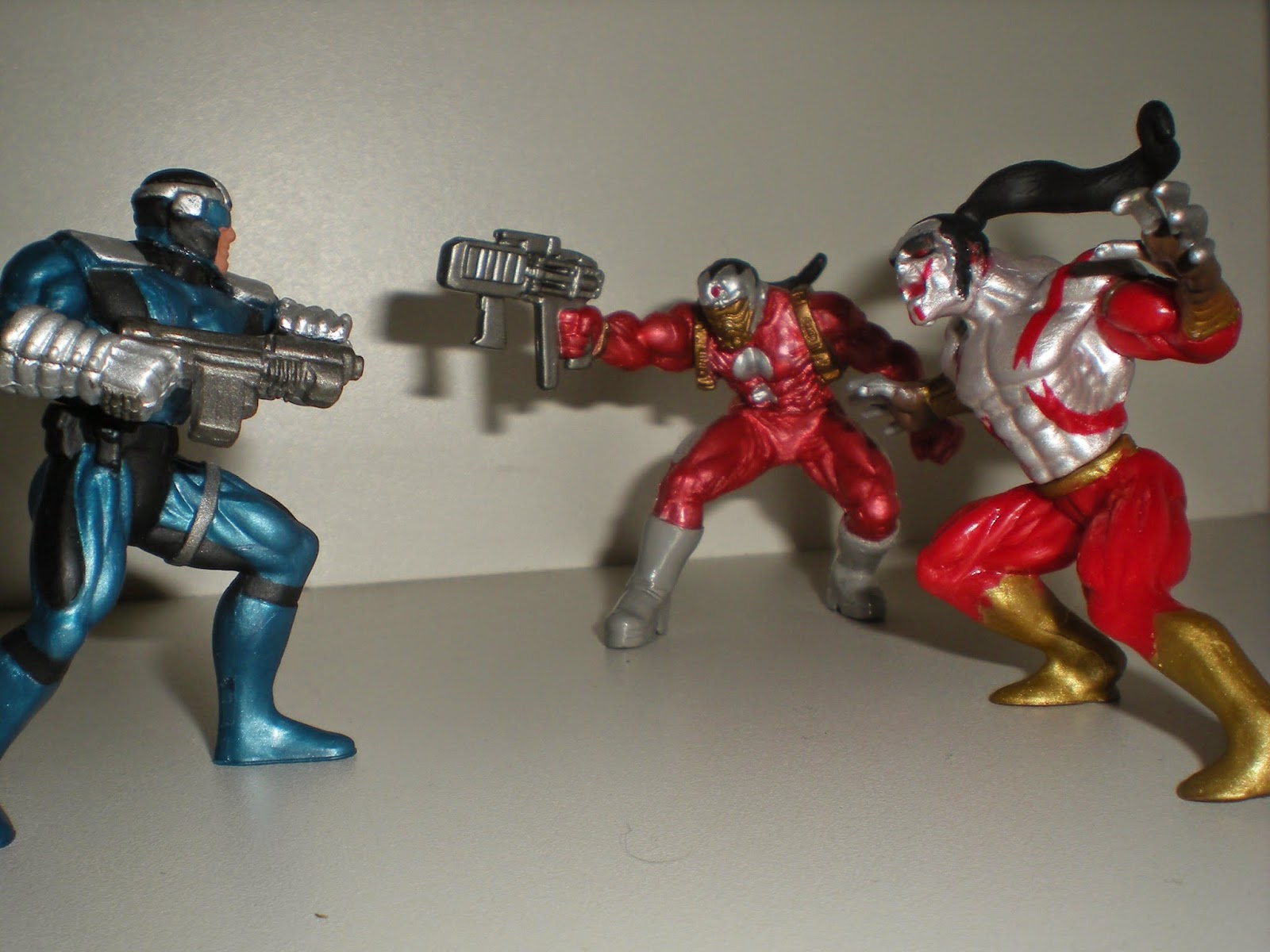 Below are  5 reasons why you should  pick up the Code: Purple set from the Cyberforce line of  heavily armed mini figs!
Posted by Big Tone at 10:15 AM