Today we take a look at the Cyberforce-Code Orange set,with Battle Stryker and Buzzcut!This Is my favorite set of the six that are available,and Buzzcut has alot to do with that.He's an amazing figure with alot going on as far as weapons go.With two different kinds of saws and a claw attachment at the end of  three massive cybernetic arms,he's not going down without a helluva fight.The sculpt itself Is pretty damn cool and the added articulation Is a plus with these little figures. Buzzcut has a swivel waist and two points of arm articulation,one at the shoulder  and a separate one for the saw equipped arm. Buzzcut Is the best figure of all six sets in my opinion. 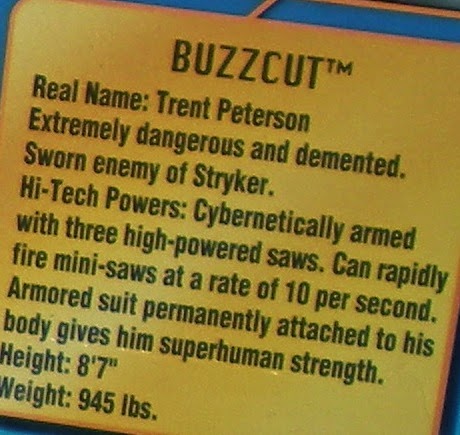 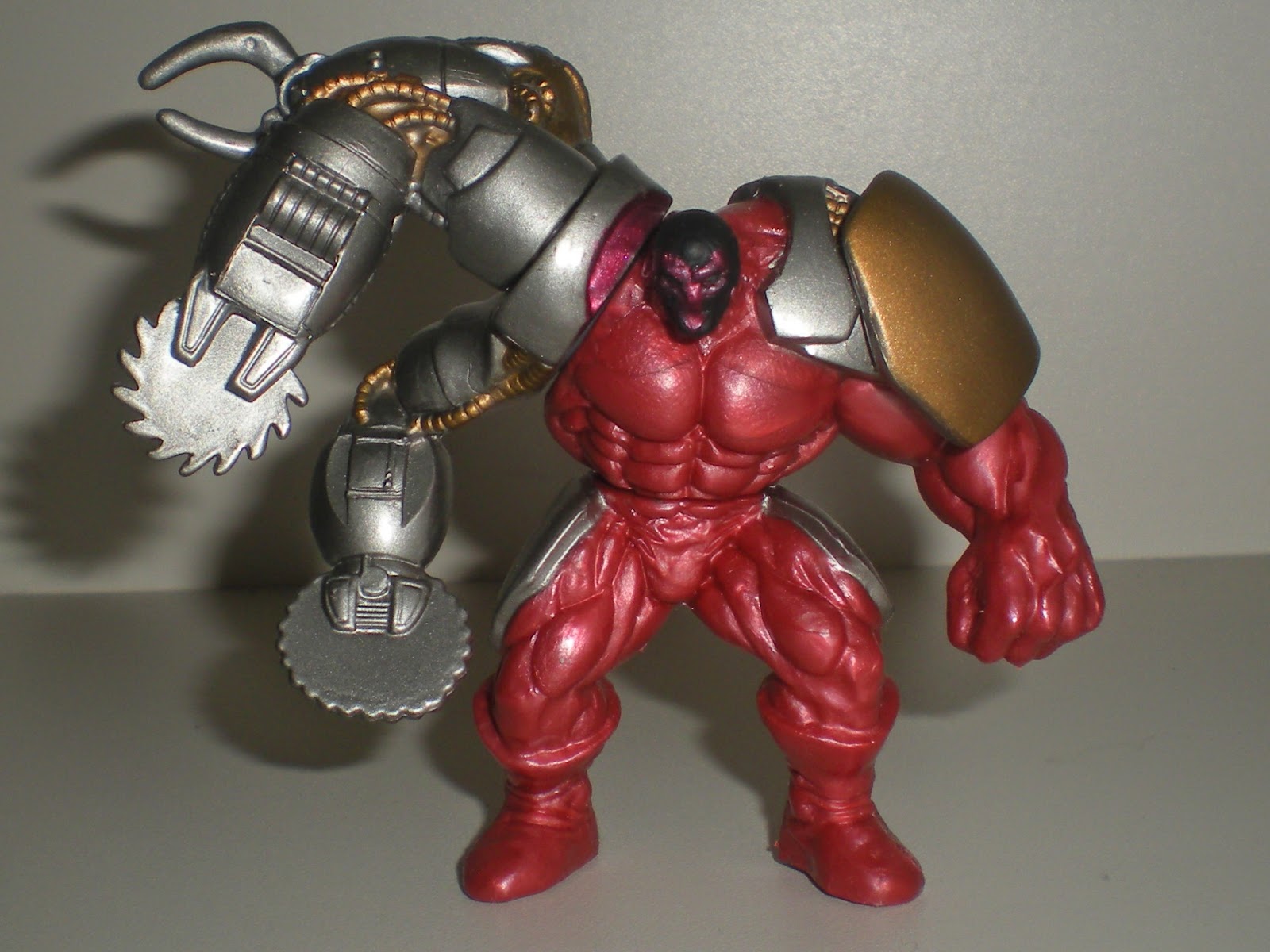 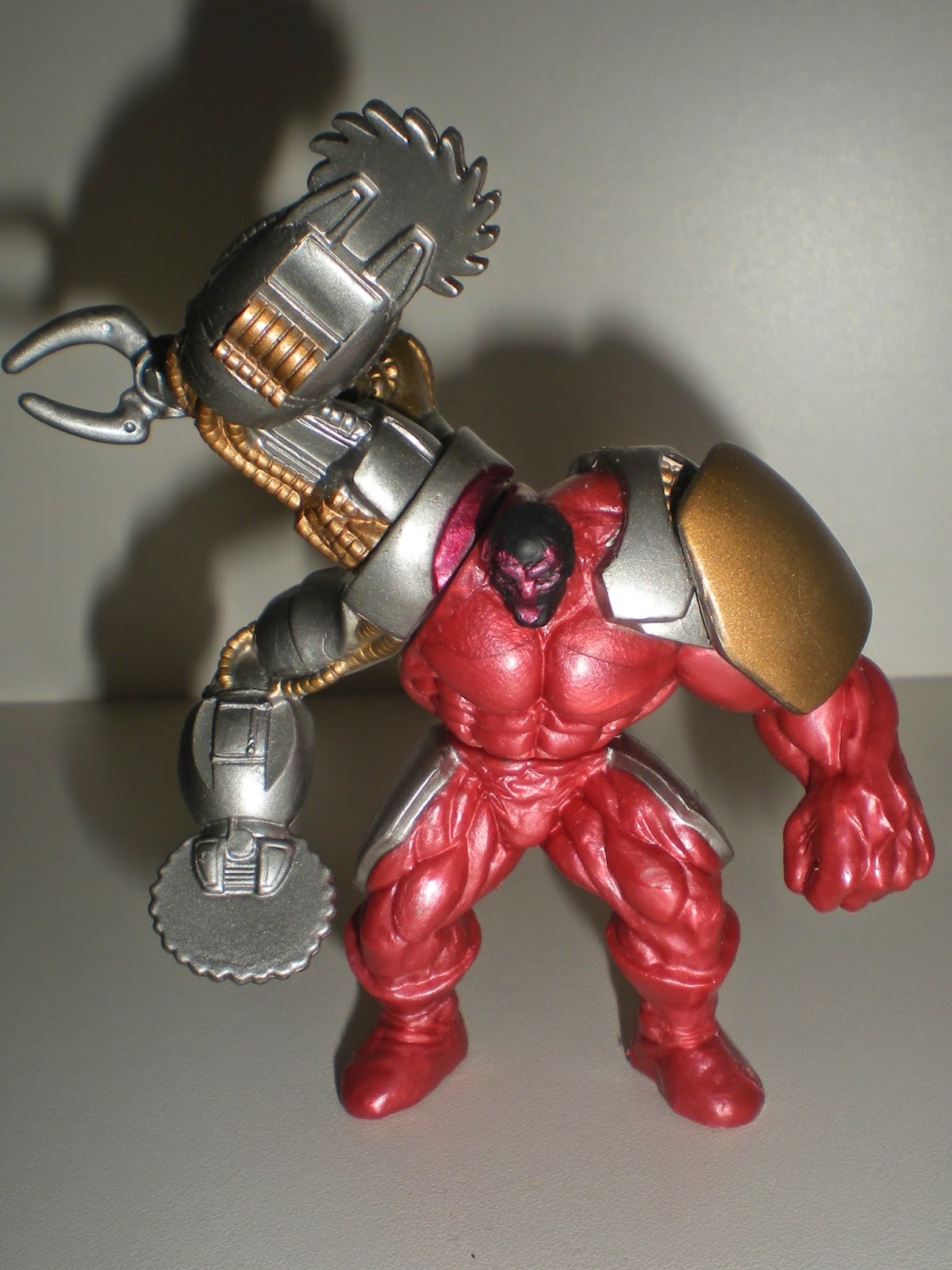 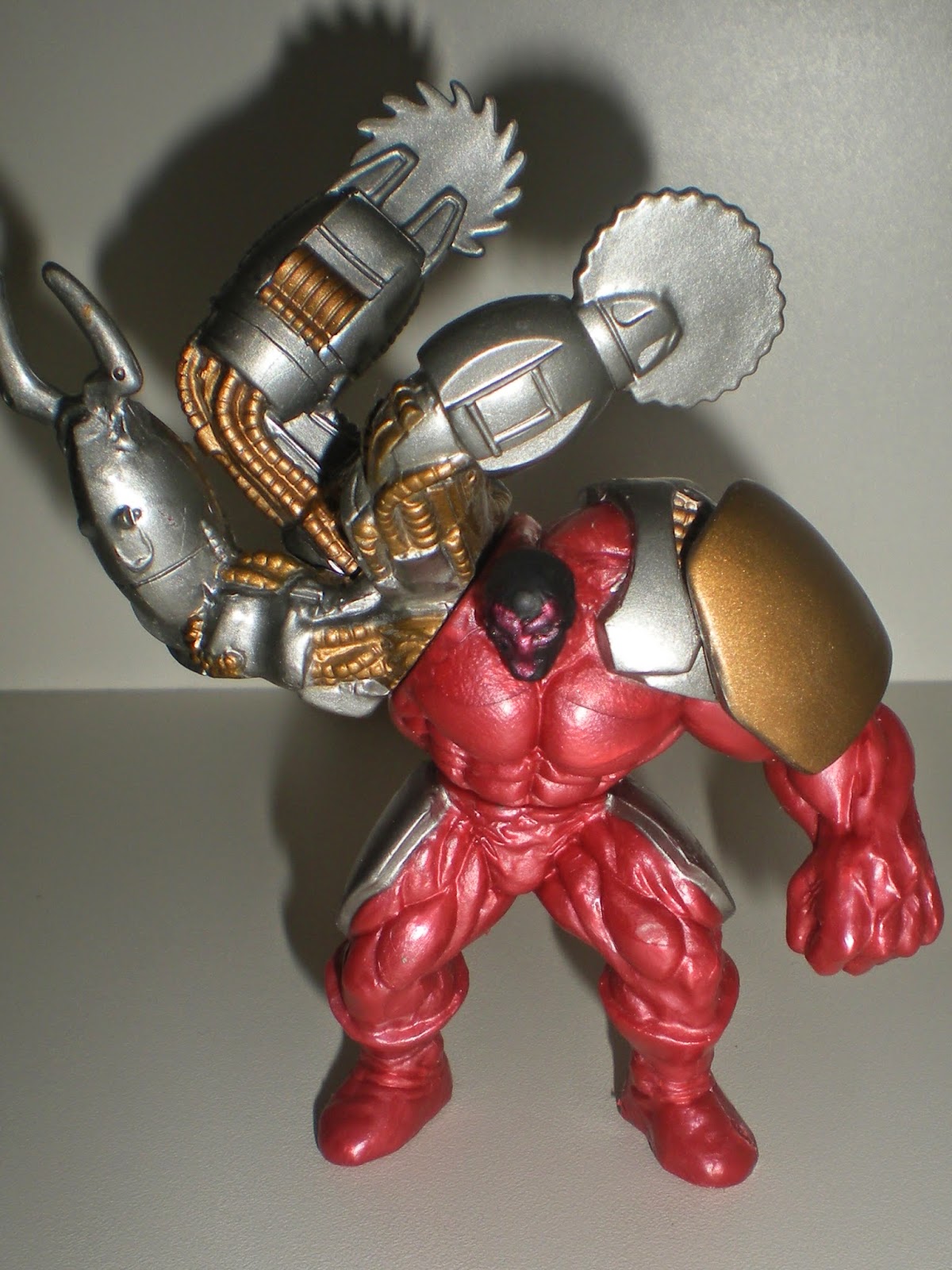 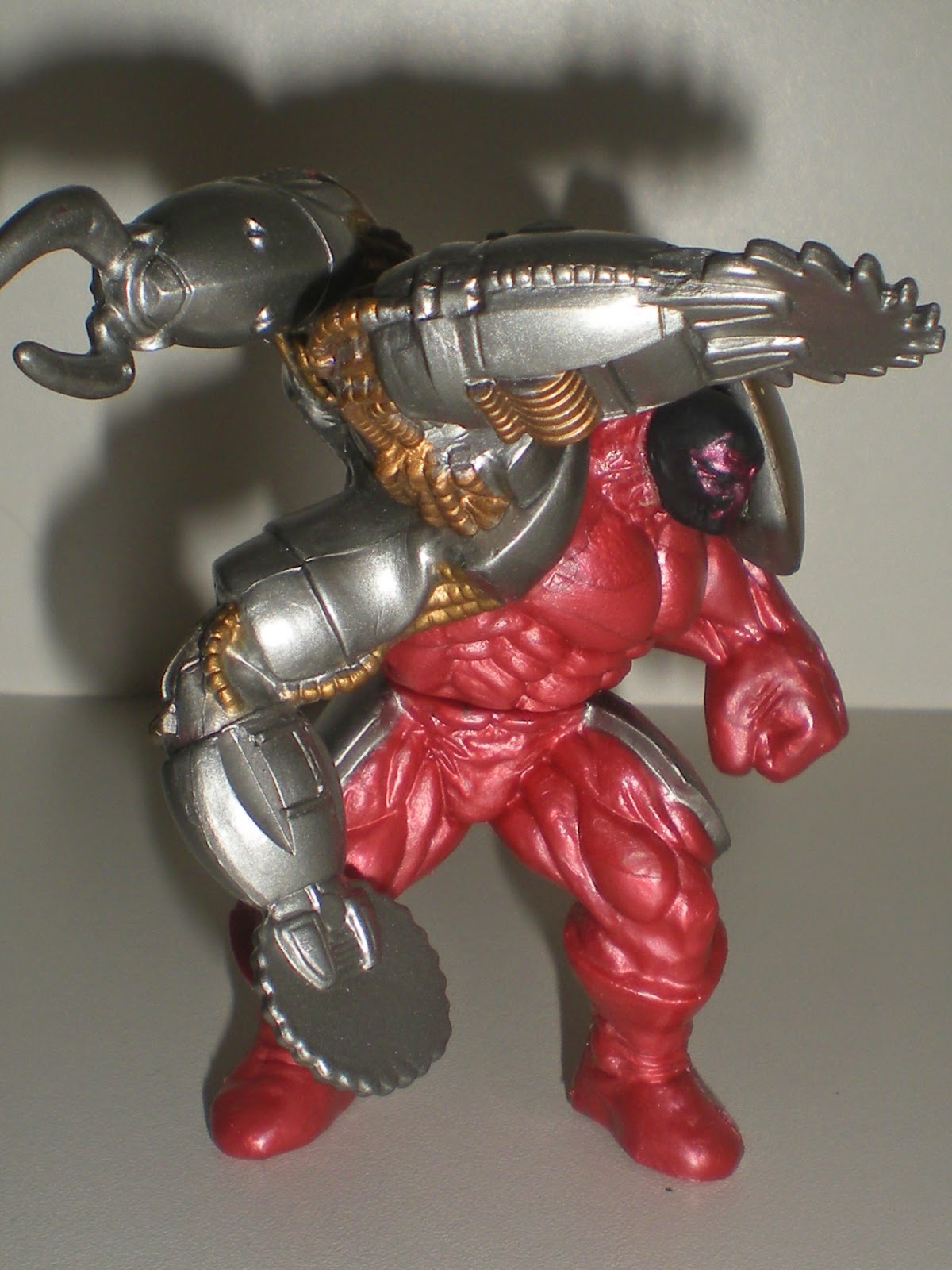 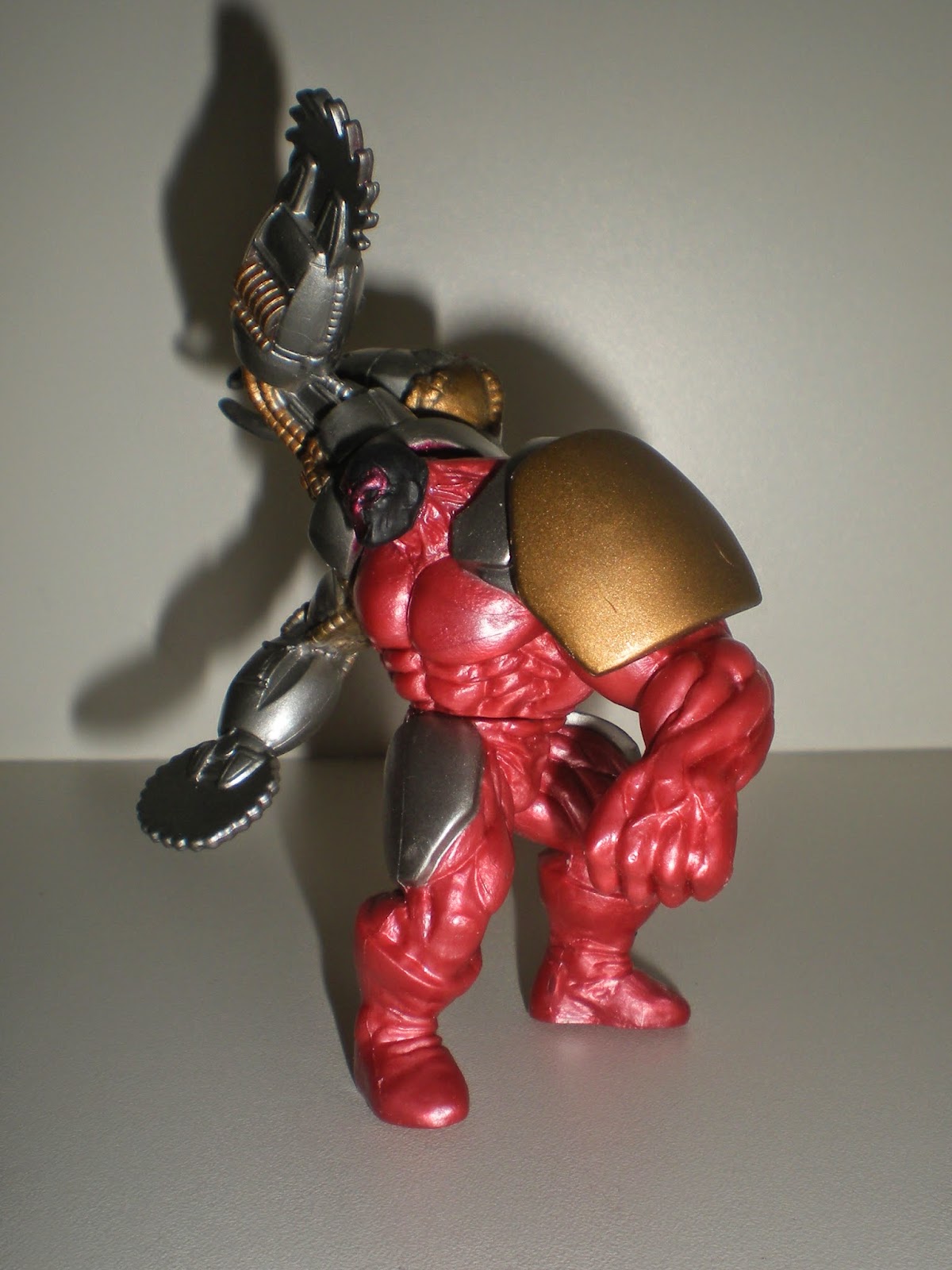 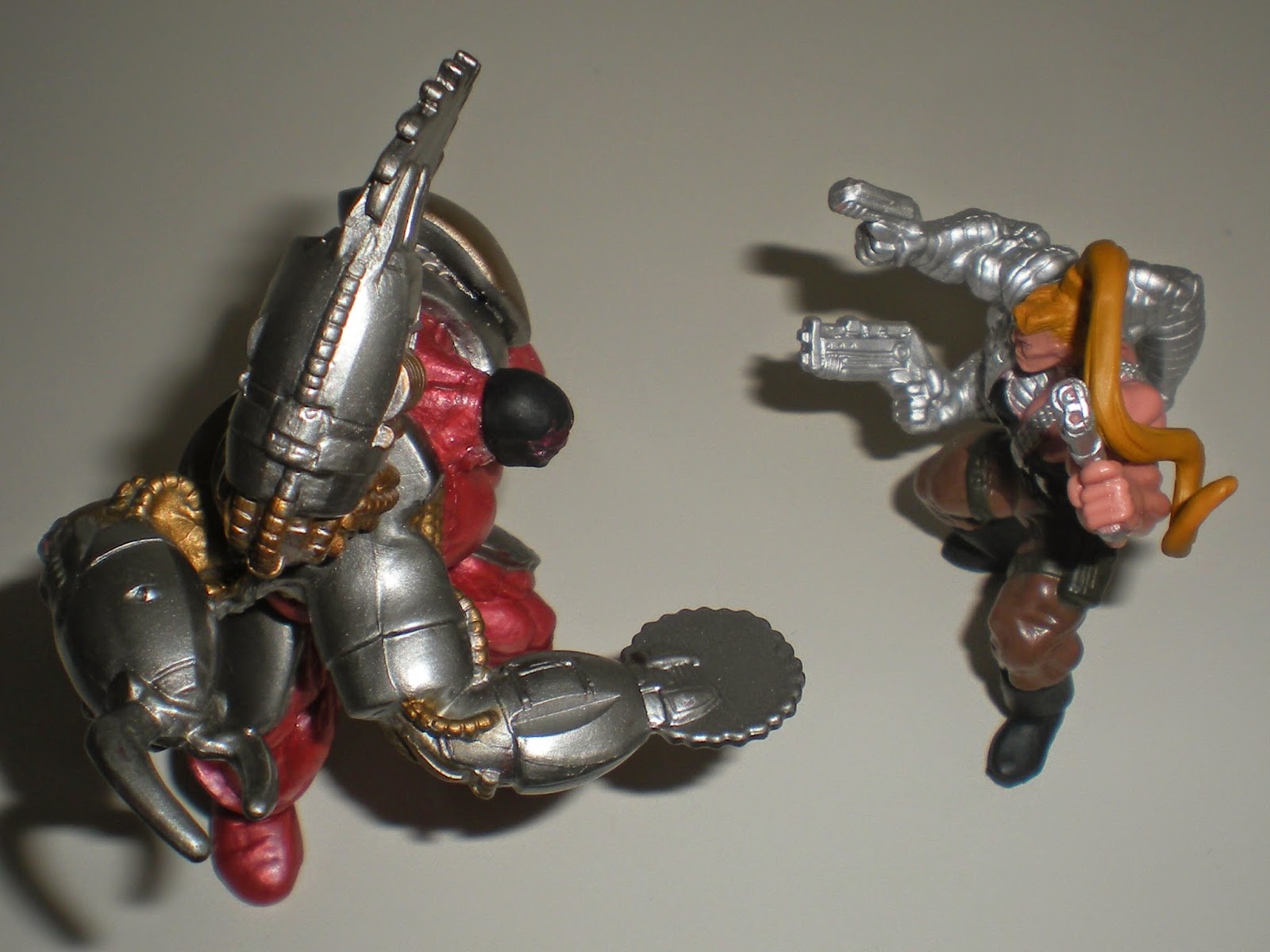 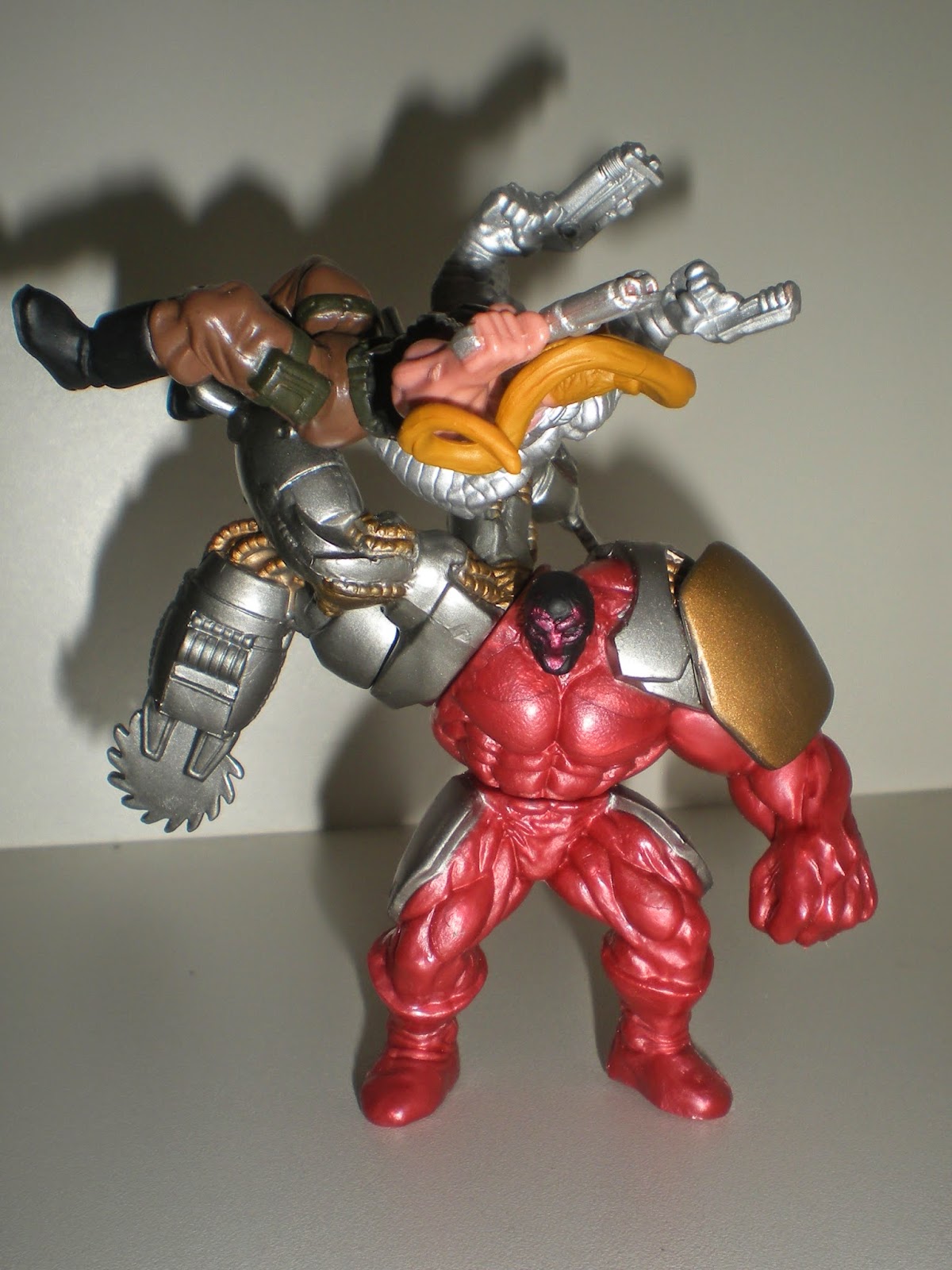 Battle Stryker Isn't far behind Buzzcut as far as awesomeness goes.I'm really digging the multiple,robotic arm theme going on here.In fact I think an entire team of soldiers similar to Stryker,with multiple cybernetic arms and legs would make for a kick ass comic book! I don't know If you take requests Orniphus,but how about drawing that up for me ;)Anyways,Stryker features waist and arm articulation,allowing him to aim any one of  his three equipped firearms. 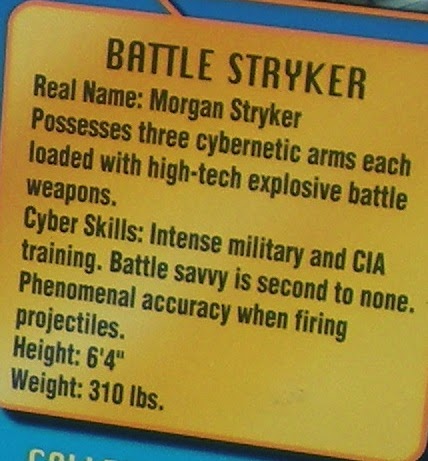 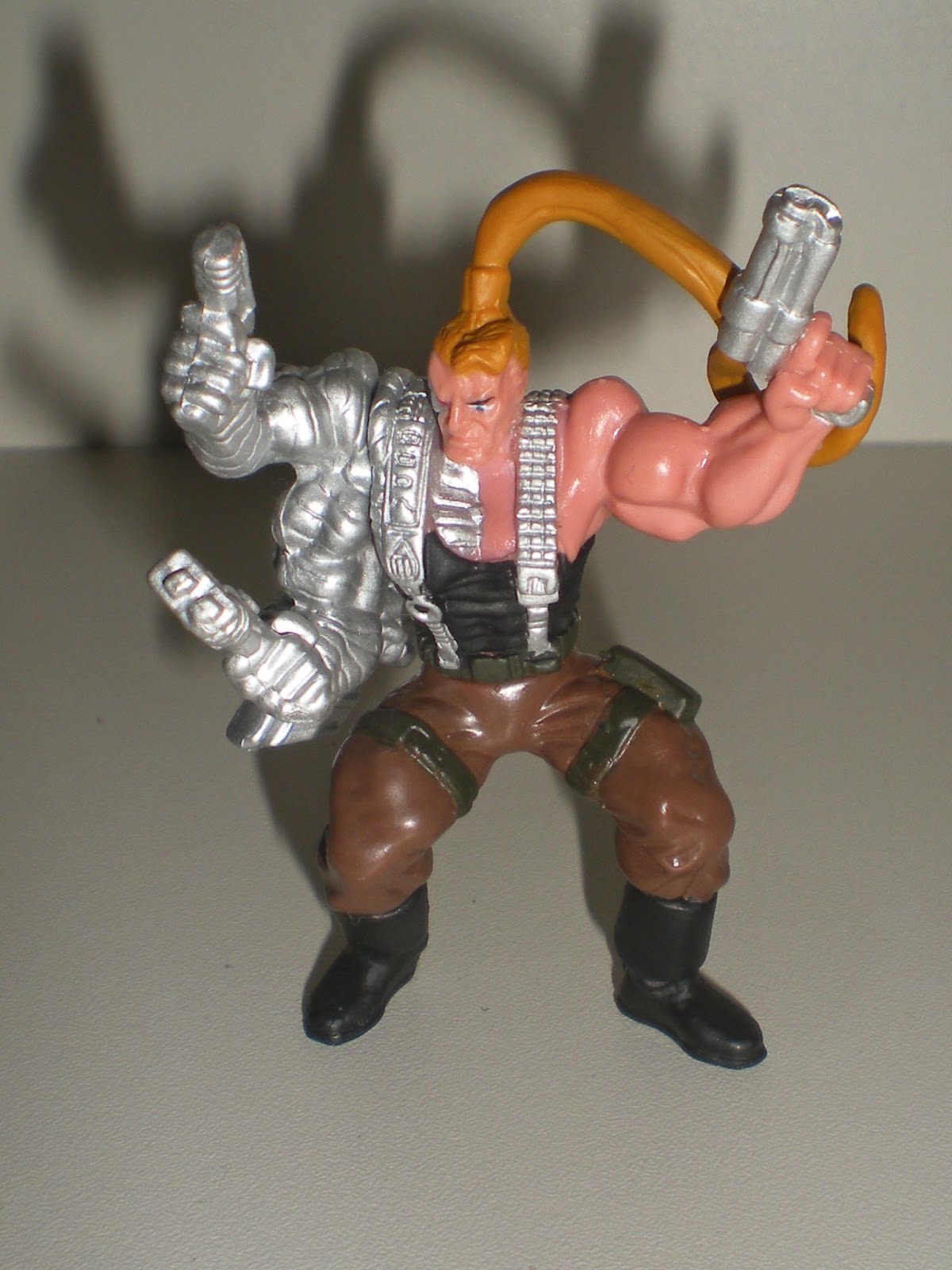 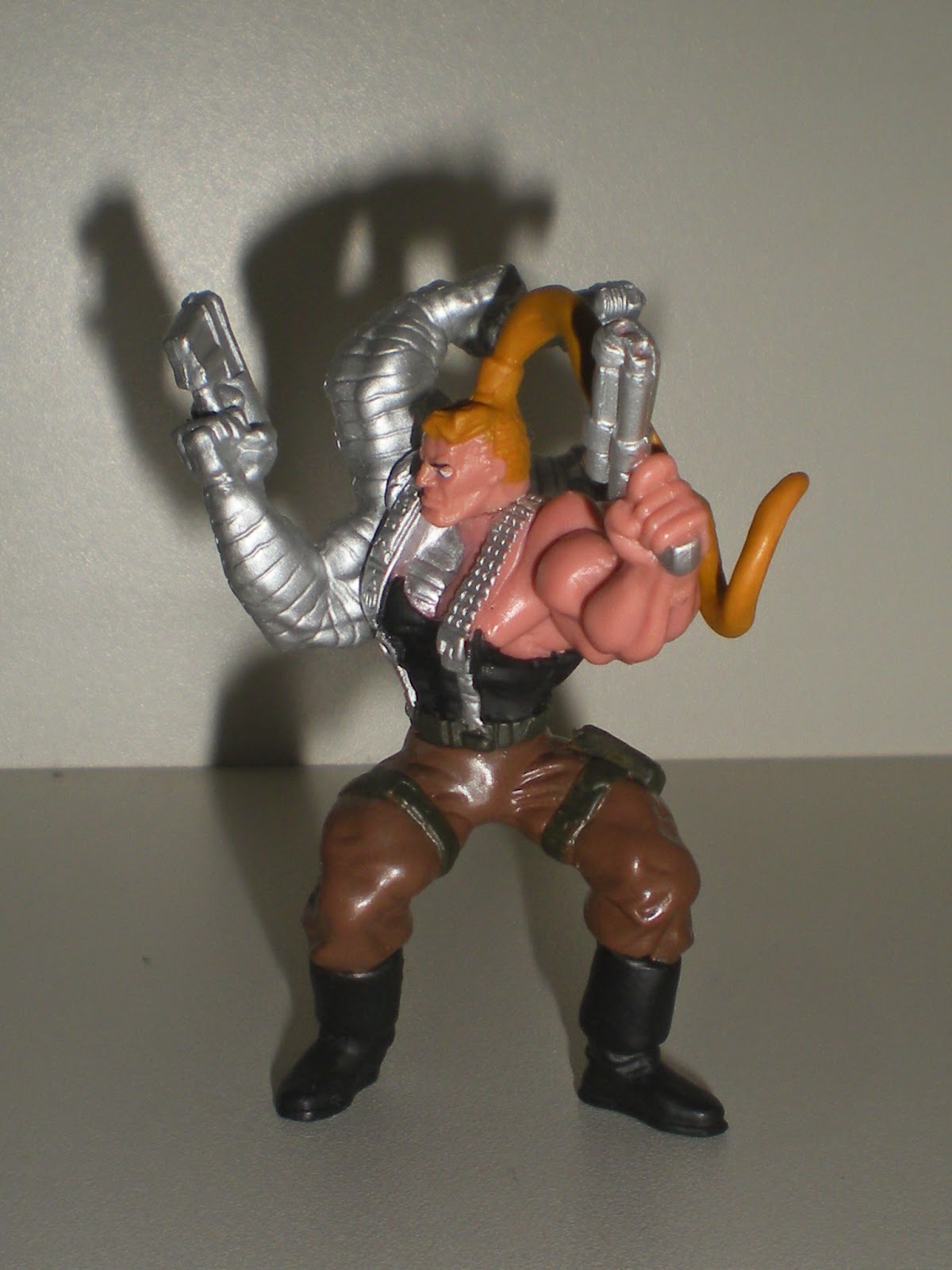 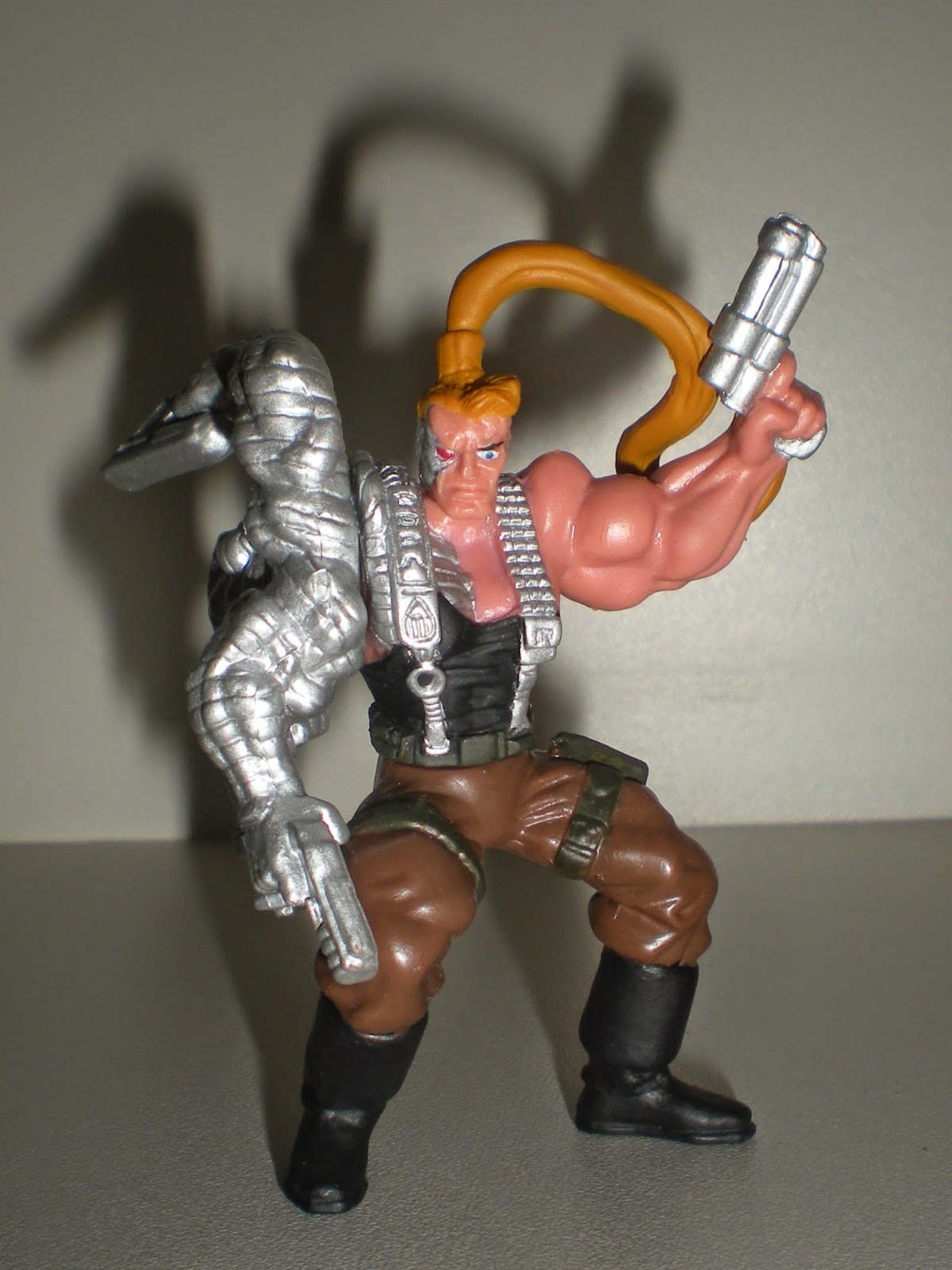 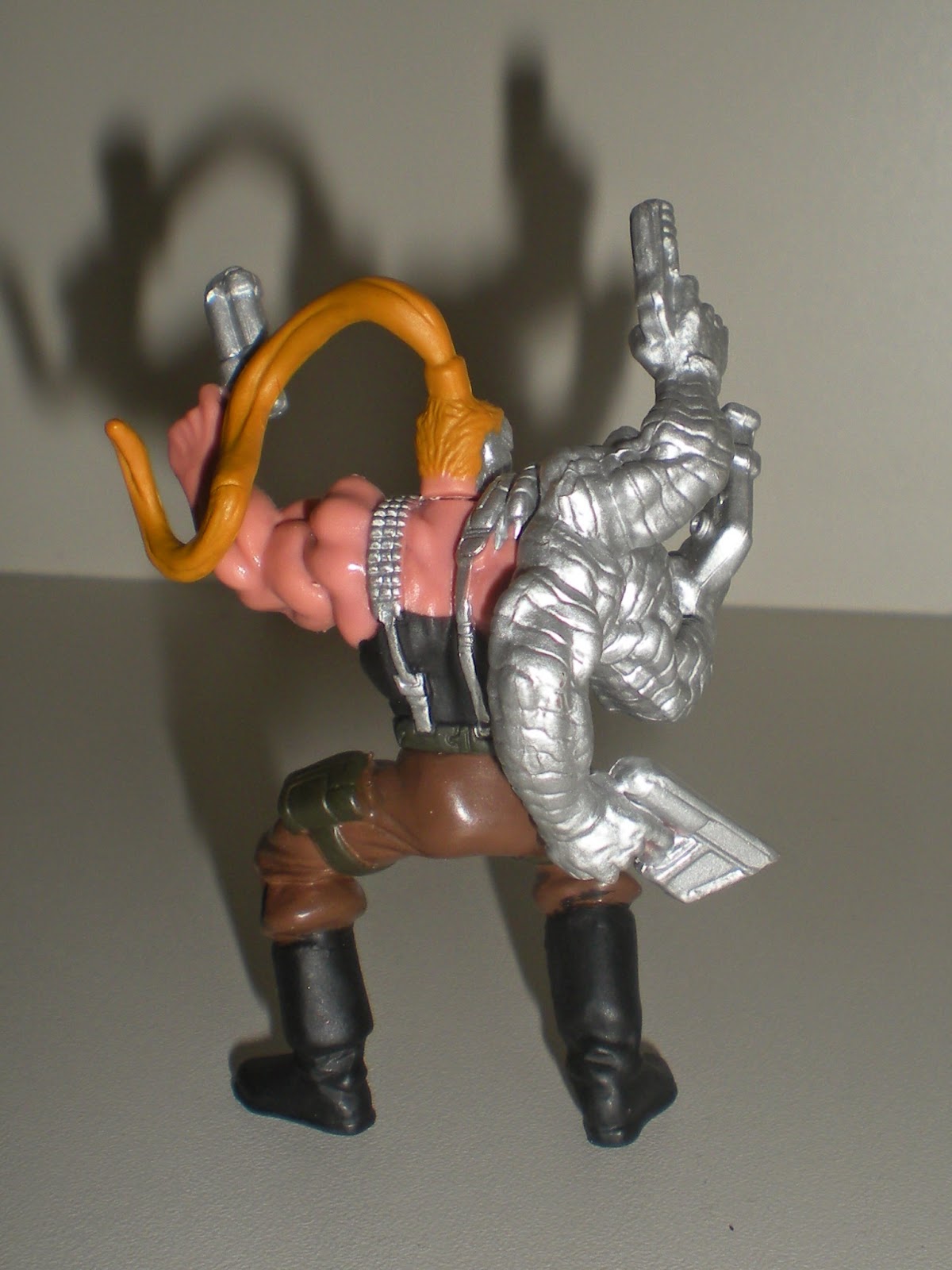 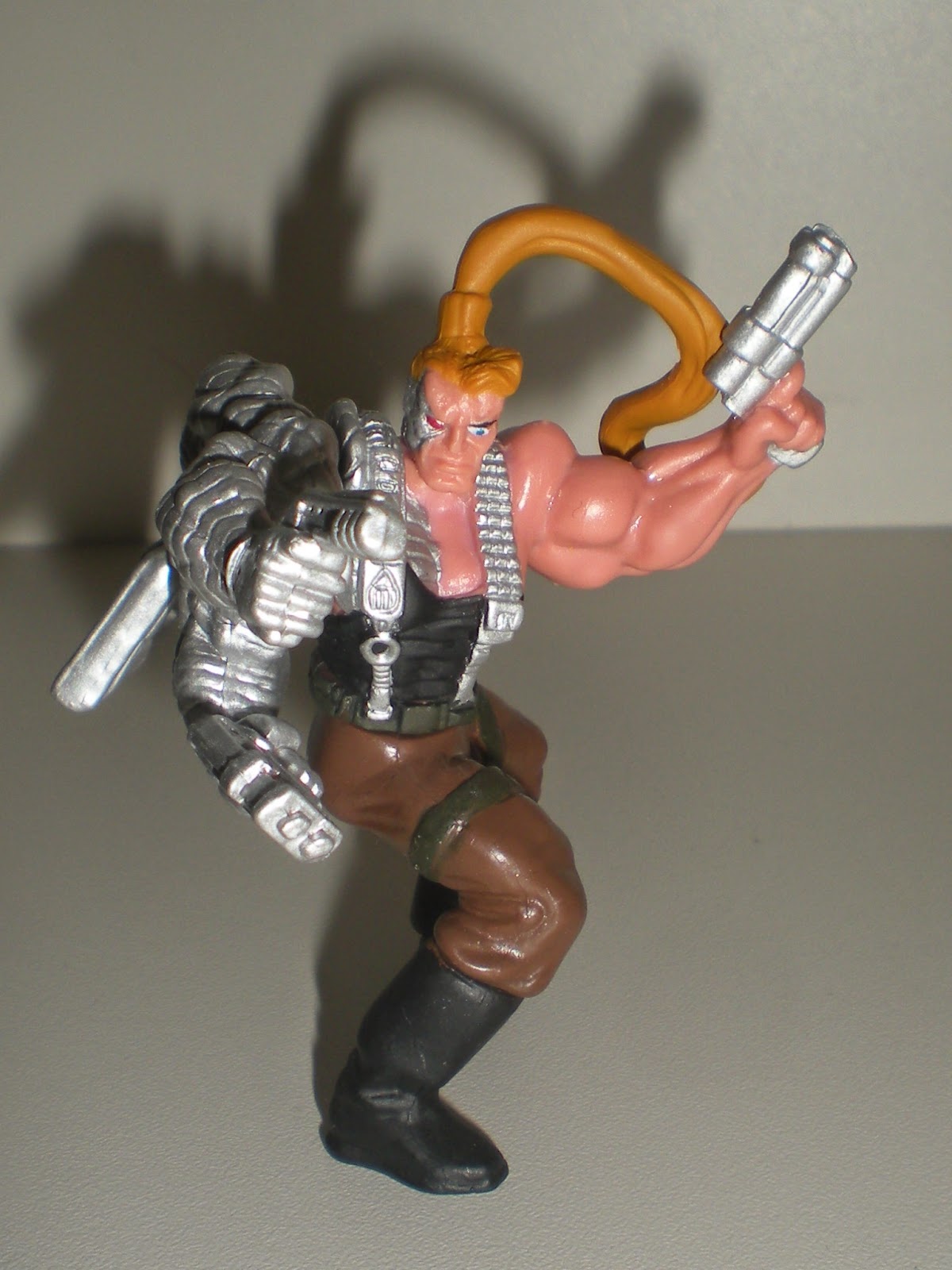 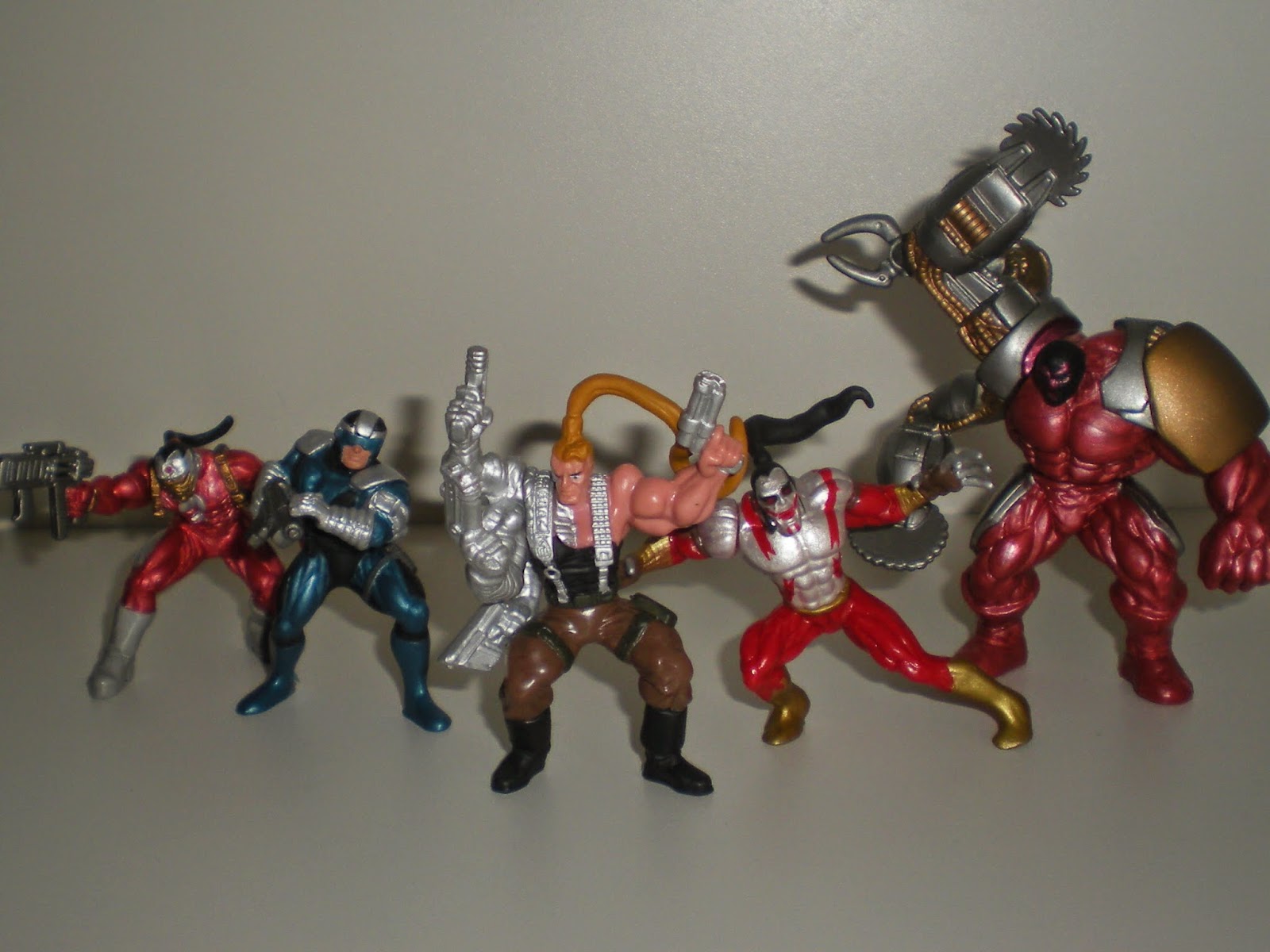 5 persuasive points below that warrant a little Cyberforce love!