The first time I saw Hasbro Mini figures like this was at my local Family Dollar.They weren't G.I. Joe or Marvel,though,instead they were all Star Wars themed figures.I remember picking up Chewbacca,C3PO and Luke.I've since parted with those but throughout my collecting years,I've had many-a -Marvel Mini come and go.The Snake Eyes I acquired via trade with fellow blogger   Jason Vorhees,who seems to be M.I.A. of late.Hopefully that will change as his blog was one of the better ones out there.Come on back J!The Punisher mini came over from John's shelves over at Robot Monster Space Hero along with an Indiana Jones.When you talk about collect-ability,this line should quickly come to mind.There are thousands of different characters available to choose from representing the Star Wars,G.I. Joe,Transformers and Indiana Jones franchises!The nice thing about these figures Is that they are semi-articulated and can do cool things like point their weapons In certain directions and turn their heads ,making them ideal for kids who like a little pose-ability with their figures.   I must admit to not being the biggest fan of mini figures and have recently gotten rid of most of them.Snake Eyes and Punisher,however,will be staying with me ;) 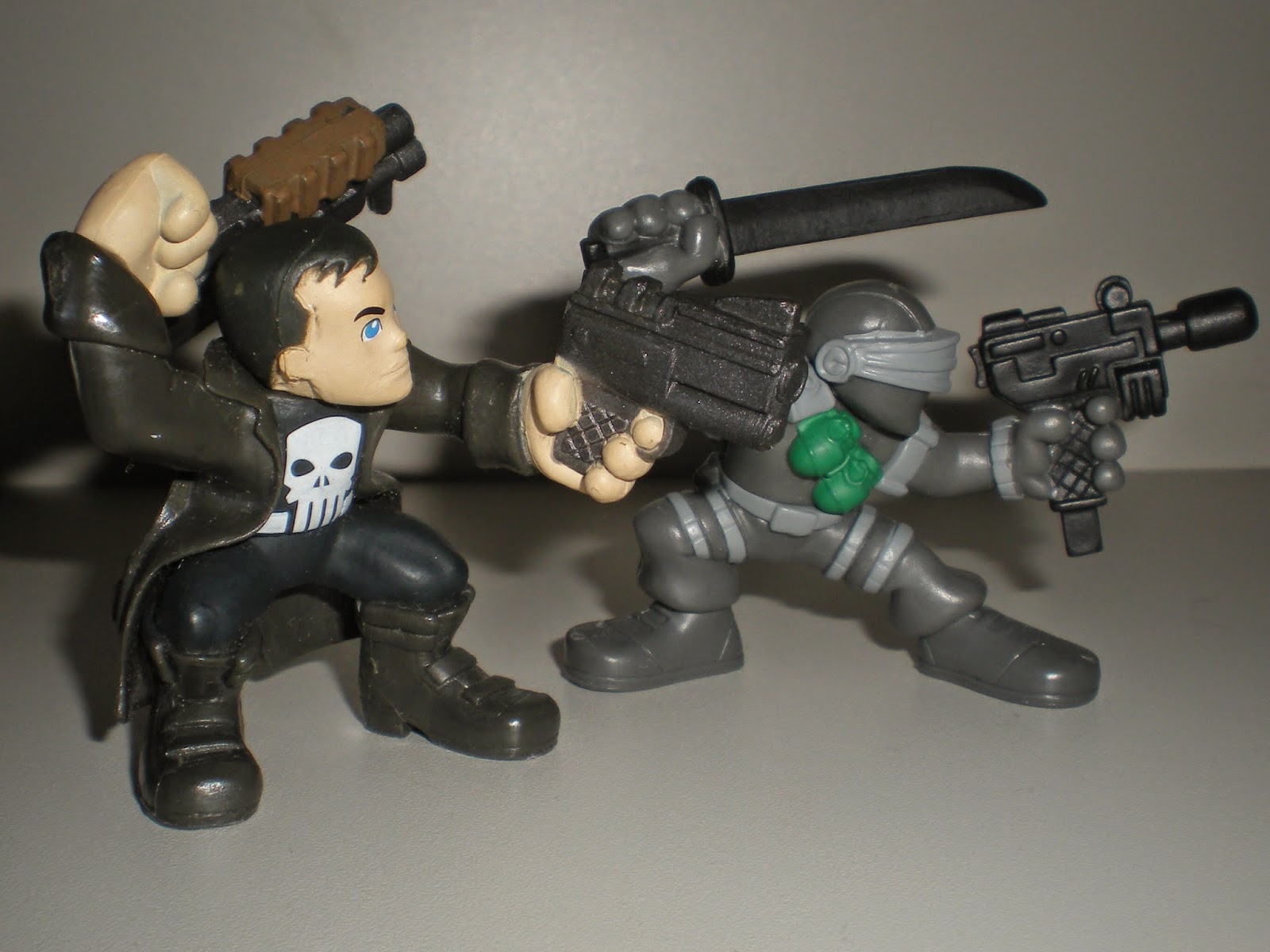 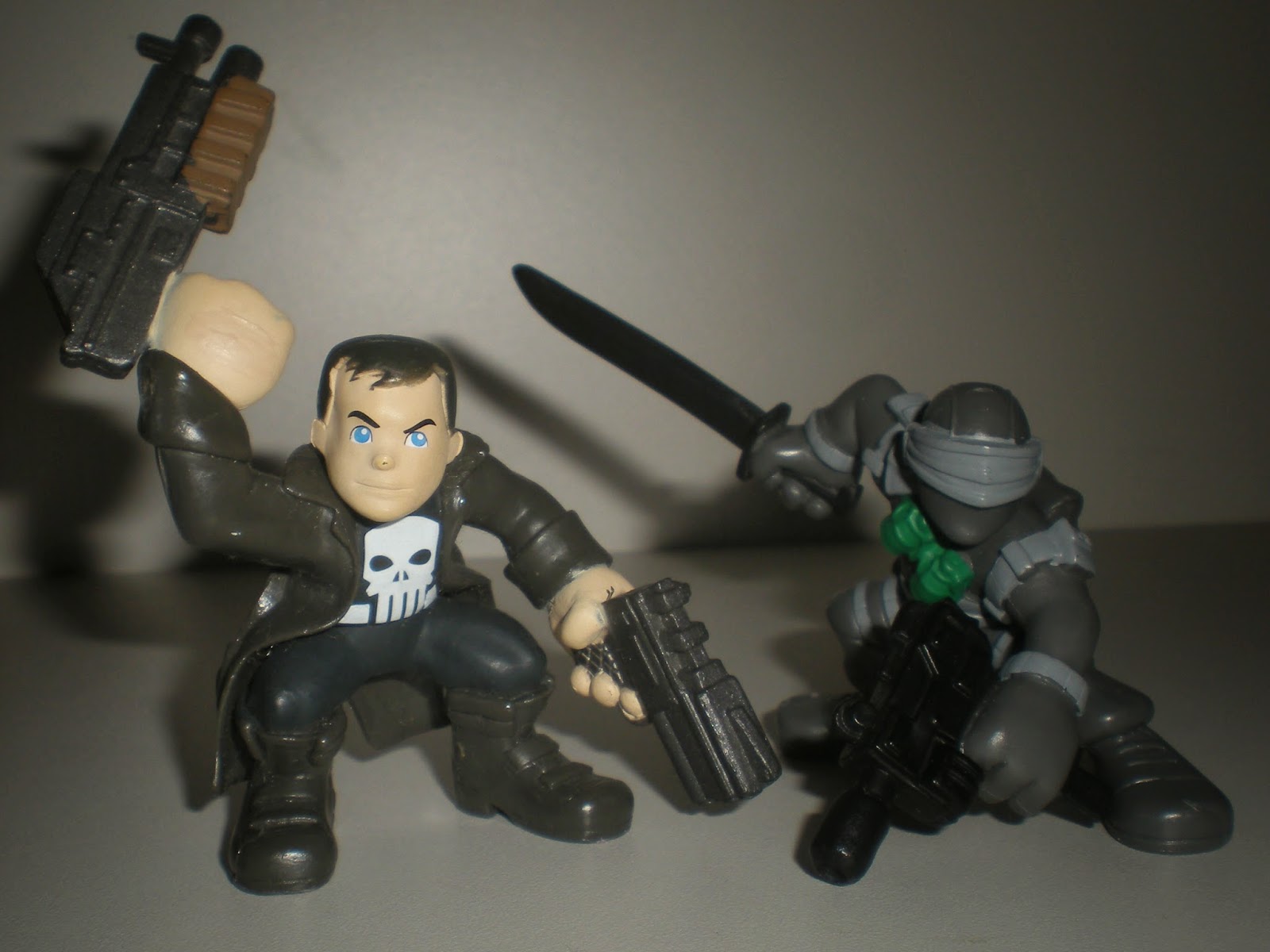 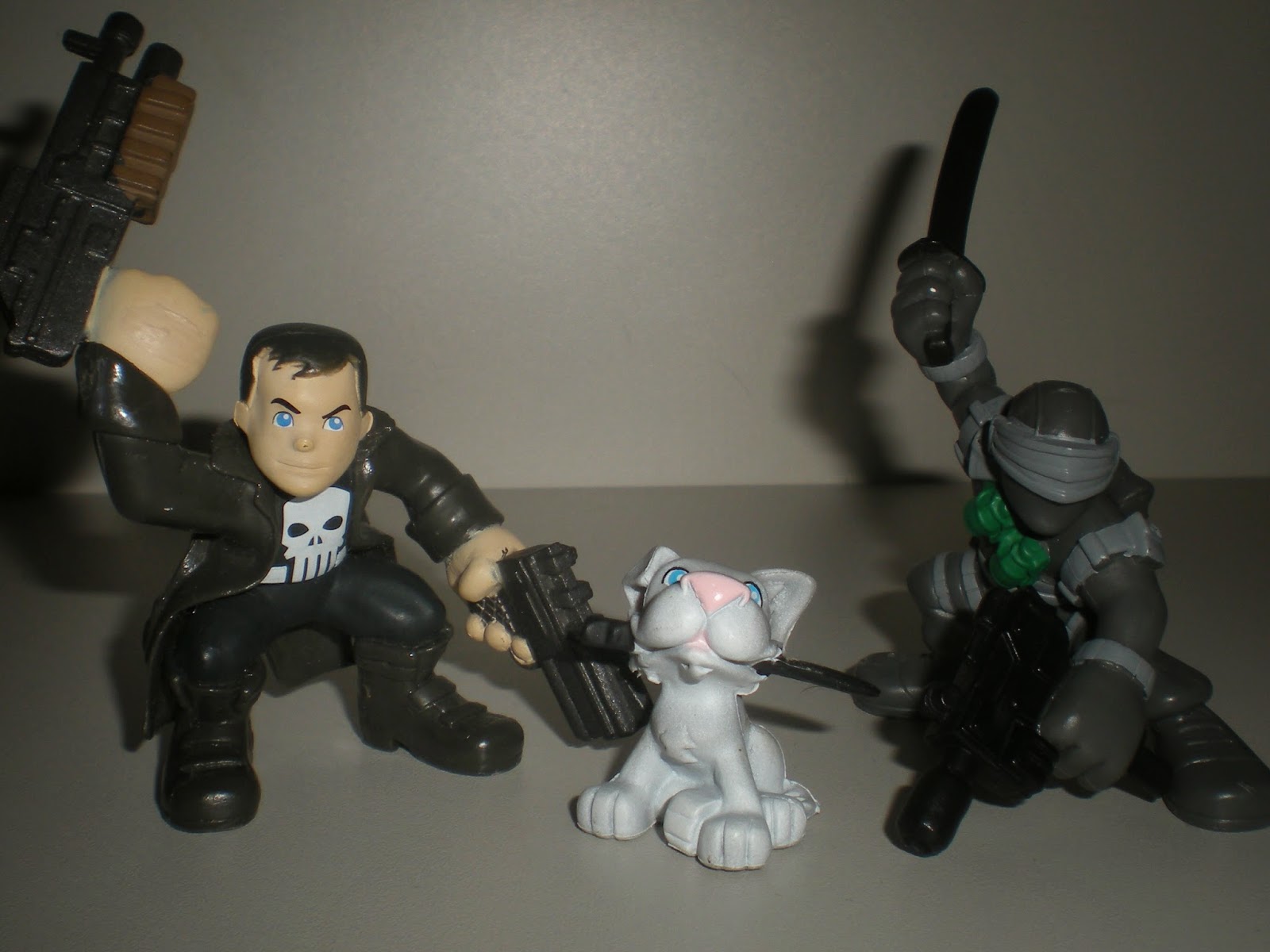