1988 marked the debut of Kenner's sports themed  action figure line ,Starting Lineup.I think Kenner played It smart with these figures,giving them just enough articulation to please the kiddos while still giving them the appearance of a statue for the older sports  memorabilia collectors.Many of the figures shared similar head and body sculpts but some of the more well known stars got their own distinct head sculpts. You gotta give It to Kenner for taking a chance and really for being the catalyst behind the whole sports themed action figure movement. Kenner's run would last 13 years ,a span that see releases of  NFL,NBA,MLB,NHL,Boxing,Golf and Track & Field   action figures! 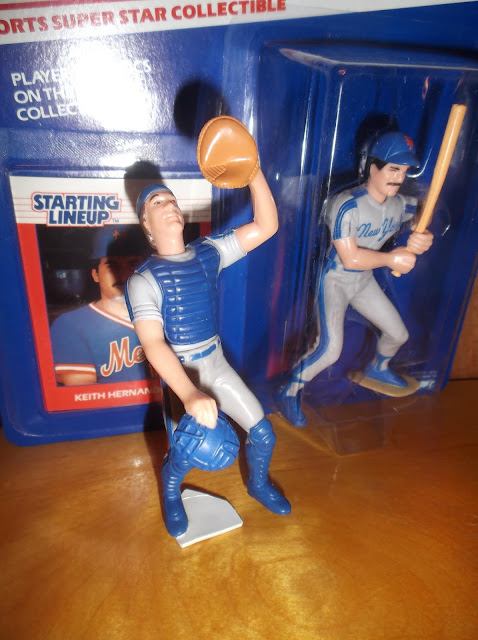